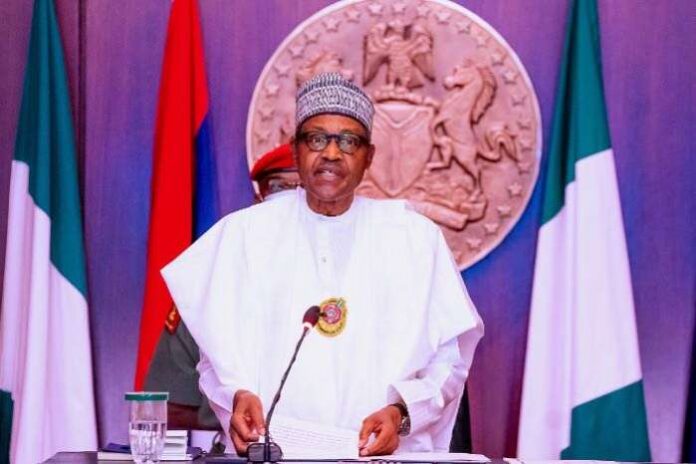 President Muhammadu Buhari has urged Nigerians to continue to pray for peace, unity and stability in the country.

The president made the call in an address at the 70th anniversary of the Qaddriyya on Saturday in Kano.

Buhari, represented by Alhaji Sabo Nanono, Minister of Agriculture and Rural Development, said the call was imperative to foster unity and address security challenges in the country.

He enjoined the youth to avail themselves of the opportunities of agriculture and economic empowerment programmes initiated by the Federal Government to learn trades, become self-reliant and engage in productive activities.

Buhari expressed delight over the conduct of the event and commended the Leader of the Qadiriyya, Sheikh Qaribullah Nasiru-Kabara for his support and constant prayers for the country.

In a remark, Gov. Abdullahi Ganduje of Kano said the state government had initiated road infrastructure, health and viable projects, aimed at creating enabling environment to aid the teaching of the Islamic religion.

Ganduje said the state government had also provided support to facilitate completion of mosque, school and conference hall projects initiated by the Qadiriyya in Kano and Abuja.

He commended the leadership of the Qadiriyya for the support to government policies and programmes as well as peacebuilding efforts in the state.

The governor also lauded security agencies, community and religious leaders for their support towards maintaining peace and promoting peaceful coexistence in the state.

Ganduje commended the Sultan of Sokoto, Saad Abubakar III, for his support to the Kano State Government and emirate councils.

He noted that the state government accorded priority to building harmonious relationships between traditional institutions and its counterparts in other states.

Also speaking,  the Sultan of Sokoto commended the Federal and Kano State Government for their efforts toward maintaining peace in the state.

Abubakar admonished Muslim faithful to pray for peace, stability and economic prosperity in the country.

On his part, the Emir of Kano, Alhaji Aminu Bayero, commended Buhari for his support to the state government and execution of viable projects in the state.

Bayero also admonished the people to live in peace, support government policies and programmes for the sustainable social and economic development of the state.

REPORTS indicated that the “Maukibi” which refers to rally or celebrations in the Arabic language, is an annual event observed by Muslim faithful to celebrate the birth of a famous Islamic scholar, Sheikh AbdulQadir Jilani.

It is designed to foster unity and brotherhood among the Muslim faithful.

The event was first celebrated in Nigeria about 70 years ago by Sheikh Nasiru Kabara.

Thousands of Muslim faithful from Nigeria and neighbouring states participated in the annual event.

The event was attended by the Emir of Katagum, Alhaji Umar Faruk, Sultan of Agadez in the Niger Republic, government functionaries, diplomats, religious and community leaders from the West African sub-region.

PRIMATE AYODELE: THE PROPHET THAT FORETOLD THE EMERGENCE AND EXIT OF...