Poll only formalities to send Buhari, APC packing By Anthony Ogbonna The Peoples Democratic Party, PDP, governorship candidate in the 2017 election in Anambra state and the state’s Chairman of the Atiku-Obi Election Council, Mr Oseloka Obaze, has said that Nigerians have already sacked President Muhammadu Buhari from government.

He also said that the February 16th general election is a mere formality to send Buhari and the APC packing. Obaze Anambra monarch suspended over kola nut Obaze gave the statement at a press conference in Awka, the Anambra State capital, on Wednesday. According to him, Nigerians are not happy with Buhari’s government. He said Nigerians are currently angry with President Buhari and as such, that their anger has already sacked Buhari from the coming polls. Obaze who accused the Buhari government of not delivering even a 5 per cent of the promises it made to Nigerians in 2015 also said that Buhari’s government has since been issued a quit notice by Nigerians. He said for Nigerians to breathe a fresh air, that the All Progressives Congress, APC, government need to go. According to him, “Over 90 per cent of Nigerians are unhappy with this government. The anger of Nigerians has already sacked Buhari as president long ago. “The government has not implemented five per cent of the promises it made to Nigerians in 2015. “The APC government needs to go to give Nigerians breathing air. Nigerians are disgruntled with them. “The government has since been issued a quit notice by Nigerians. So, the February 16 poll is mere formality to exit the government. “I don’t see why Buhari should not allow the election to be credible and transparent. Buhari should accept the imminent defeat he will face in the poll, and go without bringing additional problems on Nigeria.” 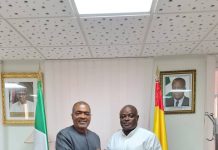 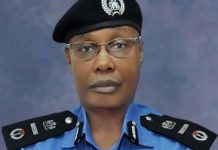 JUST IN ! WE ARE NOT BRINGING BACK SARS – Police ~ FAME NEWS 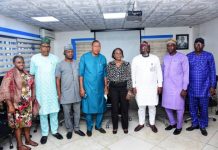 Atiku unlikely to Win his electoral dispute in court