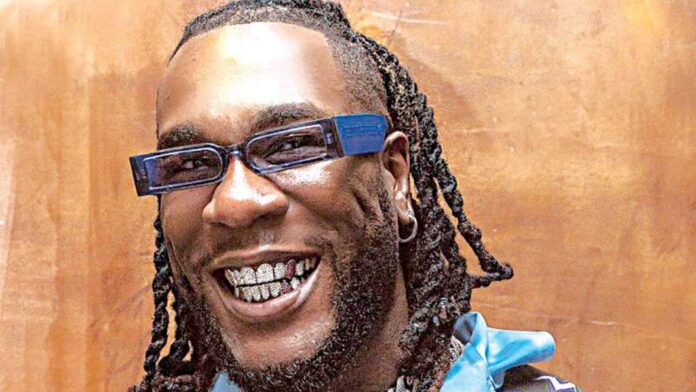 The African Giant has hit the studio again to produce his first official single for 2021 titled ‘Kilometre’. With the song, the Grammy award-winning artiste reminds his contemporaries that he is way ahead of them.

The song, which was produced by Chopstix, has a part of the lyrics that said, “I don tey for the game like Shina Peters.” In this line, Burna boy references veteran afro-juju singer, Sir Shina Peters, who has been singing since the 1970s.

Though it’s his first song in 2021, this isn’t Burna Boy’s first track of the year. In February, he teamed up with Becky G for ‘Rotate’, while he also recently featured on Justin Bieber’s ‘Loved by You’, off the pop star’s new album, Justice.

Before the song’s release, Nigerian-born UFC Champion, Kamaru Usman, had given fans a snippet of Burna Boy’s new hit on Instagram some days ago.

The song is enjoying positive reviews as it is already sitting on the number one spot on Apple Music’s Best New Songs.

Speaking with Zane Lowe on Apple Music Radio about the song, Burna Boy said, “It’s really me talking about how far I’ve come, I’ve come a long way. At the same time, just having fun with it. When the song drops, start running around, wherever you go. Just start running around,  it doesn’t need an explanation.

“It was just fun. Really, man. We had a retreat beach house slash just paradise place in Ghana where I was working in, and one just came of. That’s one of the ones that just came of from that. I actually, took it to the club that day. I actually tried to visit the club back here. We got one.”

ARMY IS NOT CONSTRUCTING RUGA SETTLEMENT IN ANY PART OF SOUTH...

CRASHED MARRIAGE: I’VE CHOSEN MY PATH, I WAS BLIND. NOW I...