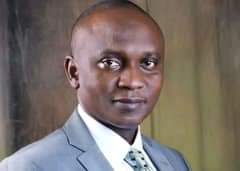 Workers under the auspices of the Nigeria Labour Congress (NLC) on Wednesday grounded business activities at the Corporate Affairs Commission (CAC), Abuja, over alleged anti-labour practices of the management.

The protest disrupted business activities as most of the staff who turned up for work were prevented from gaining entry into the building by placard-carrying members of the union.

“All the female workers with their husbands working here, he transferred them, causing problems in their various homes. We are here to make the point and ensure that workers’ rights are not trampled.”

“For the first instance, we will be here for three days. He should try to come out to address workers because we have raised some fundamental issues of how he used N250 million to build a car park. How he used N35 million to fumigate office in Zone 5.”

He also alleged that the CAC management used N25 million to paint the office and N86 million to upgrade the CAC server, which constituted a problem between the management and union.

“So we are saying, we have raised this issue openly, let him come out and defend himself. He is not fighting the union because of membership but because the unions have exposed him,” Mr. Wabba pointed out.

Meanwhile, Duke Ukaga, Director, Public Affairs, CAC, while reacting to the protest, said, “Though I am not into fumigation, we have a standard for fumigation considering the type and size of the building.

“I can assure you that our management cannot embezzle any government money. Our registrar-general is one of the hard-working staff that we have here. He is always among the first to resume and last to close. He has not even travelled abroad since he was appointed.”

GET THE KIDS DANCING, LEARNING AND EXPLORING WITH THESE 4 SHOWS...