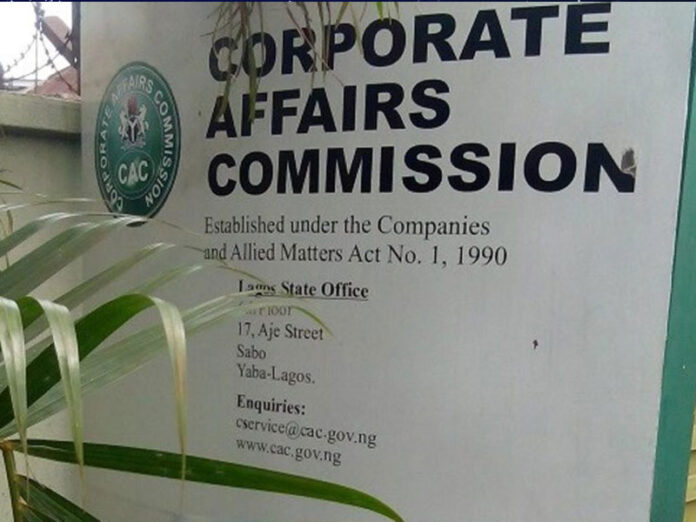 The outgoing Chairman, Corporate Affairs Commission (CAC) Governing Board, and Nigerian Ambassador designate to Spain, Mr. Ademola Seriki, has said the commission is presently seeking the approval of the Federal Executive Council (FEC), to ensure that registered entities do not benefit from government contracts unless they filed their annual returns.

Speaking to journalists during an appreciation dinner in his honour, which was organised by the CAC, he said the adoption of Good Standing Certificate was particularly historic, pointing out that, “most companies don’t pay annual returns and it’s a problem”.

Seriki, however, said he will use his new position to enhance the country’s bilateral trade relations with Spain, adding that a team would be set up to monitor the implementation of trade treaties between both countries.

He expressed concerns that people who don’t pay annual returns bid for procurements and contracts, and oftentimes, won in the exercise even though they do not comply with their financial obligations to the government, adding that there was need to put an end to the trend going forward.

He said: “So, we need to pay our annual returns and we have started the issue of Good Standing Certificate which is awaiting FEC approval. It’s going to the president and by God’s grace, I hope it will be approved.”

Seriki, who played a significant role in the current reforms being undertaken at the CAC, also said, the introduction of notification alerts on accounts transactions by the commission remained not only formidable but unprecedented.

He said he would love to see the reforms initiatives actualised to usher a regime of world class services in company registration in Nigeria.

He said: “We did something formidable in the issue of Good Standing Certificate, it has not been done in history because most companies don’t pay annual returns and it’s a problem.

“And you will see a company that would bid for procurements of hundreds of billions of dollars and never paid annual returns in 20 to 30 years.

“In a very civilised country, even in Ghana, I was in Ghana two weeks ago and I met with the registrar general- all companies that have not paid their annual returns, they have to pull down their names and will no longer be valid.”

According to him:”People register companies to buy properties as a matter of hiding their identities from the public – they should be paying annual returns.”

On the alert notifications option, the outgoing chairman, assured that it will stem abuses from unilateral accounts alterations without full consent of interest parties.

He said: “Husband and wife who have being together do fight, either of them will go behind and change the ownership or siblings when their father and mother die, you know all kinds of things. People do a lot of illegalities and they commit such without having to regret it.

“So, when you opt for notification alert, you get a short code, you get a text message and you get email that your file had been tampered with.

“And that way, you are on the alert and you can go back to CAC and say look, I didn’t do this.”

He added: “We have thousands of cases where people change information without the principal owner’s consent or knowledge.”

Seriki, added that as much as he would have loved to see the reforms come into force, his new ambassadorial assignment, “is a higher job for me, it’s a higher assignment of which I believe it will put my name on a good stead.”

Also, in his remarks at the dinner, Minister of Industry, Trade and Investment, Mr. Niyi Adebayo, commended the ambassador designate for having a among the staff of the commission, which helped to achieve significant milestones within his one-year duration.

Similarly, the Minister of State for Industry, Trade and Investment, Mrs. Maryam Katagun, urged Seriki, to make a difference in spain not only in bilateral relations but also pay attention to Nigerians in diaspora.

Meanwhile, the Registrar-General of CAC, Mr. Garba Abubakar, has assured that companies’ registration procedures would be completed within three hours before the end of the year as part of measures to ensure efficient service delivery to the public.

He added that companies’ registration can now be completed without physical presence at the commission’s offices.

AFTER MEETING WITH EDUCATION MINISTER NASU, SSANU CALL OFF STRIKE