The Centre for Anti-Corruption and Open Leadership, CACOL, has decried the Federal Government’s proposition for the reintroduction of toll gates to bridge funding gaps for road repairs.

In a release by CACOL’s Executive Chairman, Mr. Debo Adeniran , it said “We recollect what the then President Olusegun Obasanjo’s regime stated when he scrapped toll gates on our highways nation-wide late in 2003 and implemented on 1st of January, 2004, to the effect that they (The toll-gates) had not only outlived their usefulness and constituted inconvenience to motorists, but also encouraged corruption.

“That exercise of dismantling the toll-gates across the country, reportedly cost Federal Government over N2bn (Two Billion Naira) tax payers’ money. We therefore wonders how much of additional tax payers’ funds that ordinarily should be used in easing their current socio – economic problems, especially their suffering of travelling by those roads that were in dilapidated state for long by giving them free fuel vouchers for their endurance, rather than further extorting them.

“The fact of the matter is that tolling means second or third taxation on the citizens as the roads are being repaired and rehabilitated from the pool of tax already contributed by same citizens, one way or the other while the rate payable on value added tax (VAT) on all goods and services in the country has only of recent, being proposed for an increase from five (5) percent to seven point two (7.2) percent. What this clearly shows in today’s Nigeria is the fact that, ‘the beautiful ones are yet to be born’ as far as leadership that addresses the suffering and frustration of majority Nigerians is concerned. But some of us within the Civil Society circle are not altogether surprised by the process that gave birth to an outcome of this debilitating and anti-poor policy being vigorously pursued by a known hater of the poor and a pseudo-Capitalist!

“In retrospect, here is a Minister of Works, who for four (4) years superintended over the degeneration and degradation of the roads and was only waiting for the right opportunity to impose more hardship on the people like he did when he presided over the affairs of Lagos state. Instead of him to upgrade and expand the existing infrastructure in Lagos to accommodate the mega population that conferred the status of megacity on that state, he started to implement policies and programmes that would easily frustrate the poor out of the state. Now that we ought to persuade Nigerians that had either been frustrated out of the country or made to commit suicide or taken to criminality to have a rethink and join in the task of positively rebuilding the country, it is when the Minister of Works wants to compound their woes.

The anti-corruption organization Boss added, “Aside the time, nay, man-hours and resources wasted at toll gates as we have it on Lekki road in Lagos; the queue at the plazas portend grave danger to life and property of road users as such bottlenecks could be prone to devastating road accidents, especially with fuel tankers or attacks by terrorists and insurgents. The Federal Government under President Muhammadu Buhari should also devise a way of sampling the opinion of end-users or those at the receiving end of any controversial government policy before finally deciding to implement them. This is the hallmark of what constitutes genuine democracy. This practice was even subsisting under the military regime as citizens were given the opportunity to discuss the desirability or otherwise of IMF loan/ SAP and their conditionality which eventually led to rejection of the loan.” 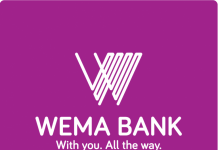 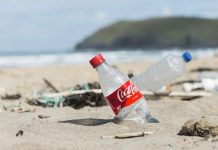 FCCPC ORDERS DISCOs TO BILL CONSUMERS ACCORDING TO HOURS OF ELECTRICITY...