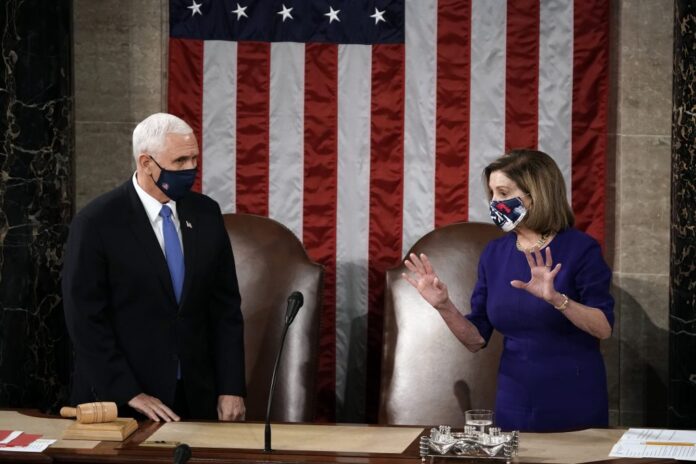 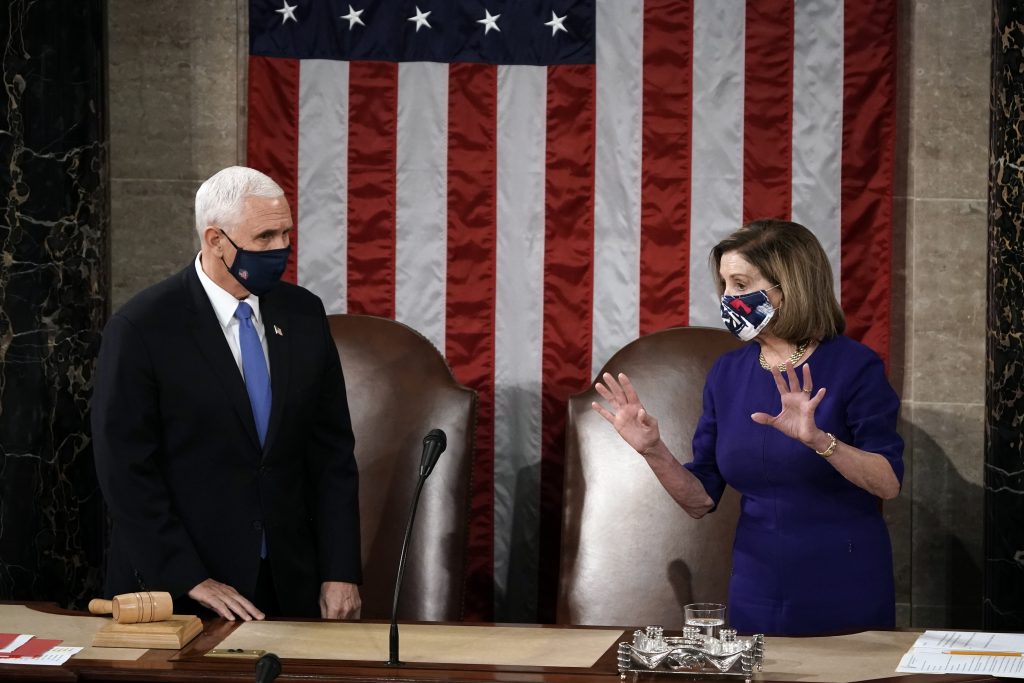 Speaker of the House Nancy Pelosi, D-CA, and Vice President Mike Pence officiate as a joint session of the House and Senate convenes to count the Electoral College votes cast in November’s election, at the Capitol in Washington,DC on January 6, 2021. – Congress is meeting to certify Joe Biden as the winner of the 2020 presidential election, with scores of Republican lawmakers preparing to challenge the tally in a number of states during what is normally a largely ceremonial event.

“As we reconvene in this chamber, the world will again witness the resilience and strength of our democracy,” Vice President Mike Pence said as he brought the Senate into session.

“To those who wreaked havoc in our Capitol today, you did not win. Violence never wins, freedom wins,” Pence added. “And this is still the people’s house.”

It should have been one of the most straightforward days of the US presidential transition, with Congress certifying Democrat Joe Biden’s victory — a procedure so routine it usually merits little if any news coverage.

Instead the world watched in shock and horror on Wednesday as a mob of Donald Trump supporters, encouraged by the president, stormed the US Capitol in a bid to thwart lawmakers from their constitutional duty.‌