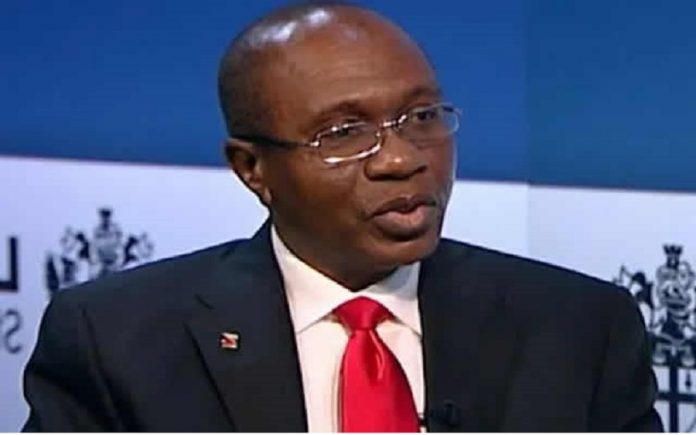 The Central Bank of Nigeria (CBN) has said that it would no longer allocate foreign exchange to currency traders who in turn sell it to criminals and terrorists to buy arms and ammunition that are used to hurt Nigerians.

This is as the apex bank has laid to rest the idea of resuming sales of dollars to Bureau De Change (BDCs) Operators.

This disclosure was made by the CBN Governor, Godwin Emefiele, on Friday after the Monetary Policy Committee (MPC) meeting which was held in Abuja, according to ChannelsTV.

Emefiele had said that the CBN is determined to put an end to the activities of illegal Forex traders adding that the apex bank remains the only national bank in the world that sells dollars to BDCs from the country’s reserves.

He said, “Nobody ever mentions the rate of Bureau de Change in the city of London. It really beats my imagination that Nigeria carried on with this kind of practice that tended to support illegal activities of people who are involved in graft and corrupt practices.

“We have supported the activities of those who illegally buy foreign exchange from this illegal market, carry them in aircraft out of the country and go to buy arms and ammunition and bring them into the country to commit crimes.

“We, the Central Bank, take our country’s dollars and sell to people to buy arms and ammunition to come and hurt us. That is what we are saying that people want us to do, we cannot do that any longer.”

Recall that the CBN in July 2021, announced the stoppageto dollar allocation to BDC operators, explaining that they have become a conduit for illegal financial flows working with corrupt people to conduct money laundering in Nigeria.

Also, the CBN had moved against AbokiFX, a website that provides currency exchange information, saying it will shut down its operations over its posting of exchange rates.

The CBN Governor, who described the platform as illegal revealed plans to arrest and Prosecute the ownerof the platform, Olusegun Oniwinde.

Emefiele accused Oniwinde of sabotaging Nigeria’s economy, vowing that Nigerian government would collaborate with other security agencies to track him down

WE WILL FIND YOU, FORCE YOU TO RETURN DOLLARS BOUGHT ON...