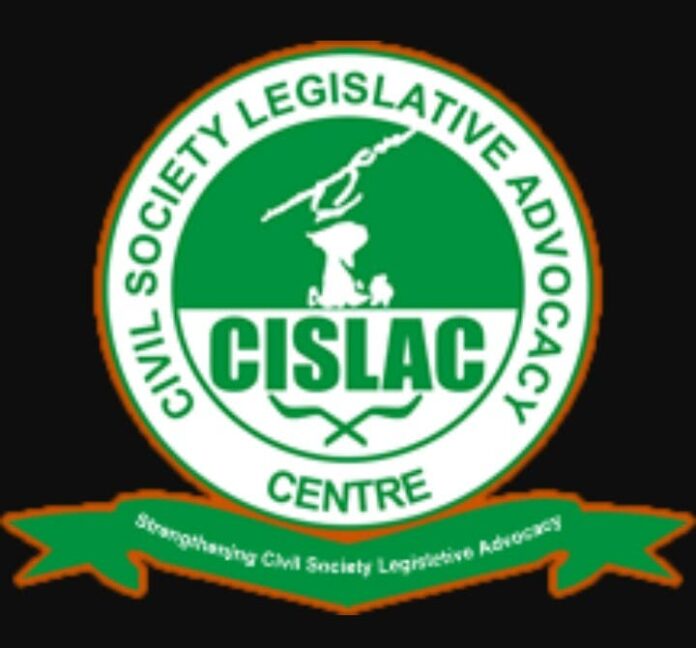 A Civil Society OrganisCivil Society Legislative Advocacy Centre, CISLAC, Monday, blasted the Senior Special Assistant, Media, and Publicity to the President, Mallam Garba Shehu, over comments made on the killing of 43 rice farmers in Borno on Saturday, in an interview with the BBC on Monday.

Reacting to the alleged comment made by Shehu, CISLAC in a statement signed by the Executive Director, Auwal Rafsanjani, described it as provocative and insensitive.

According to CISLAC with the comment made by the President’s aide, it is clear that there are still areas in this country that are still under the dominant control of the insurgents.

The alleged comment by the President’s media aide was, “Much of those areas have been liberated from Boko Haram terrorists but there are a number of spaces that have not been cleared for the return of villagers who have been displaced. So, ideally, all of these places ought to pass the test of military clearances before farmers or settlers resume activities on those fields.”

The statement reads in part, “CISLAC’s attention is drawn to the statement made accredited to the Spokesperson of the President, Mallam Garba Shehu over the killing of many innocents farmer by Boko Haram in Borno state in which he accused the victims of not getting military clearance before visiting their farms.

“CISLAC considers this as provocative and insensitive just like the killing! He has literally implicated his boss and has made it clear that there are still areas in this country that are still under the dominant control of the insurgents.

“So ideally, all the farmers in the North East and perhaps, North West should go through proper military clearance before resuming activities on those fields? This statement lacks empathy and a clear demonstration that the value of life in this country is lost. There is an allegation situation where farmers pay what is now referred to as a ‘ kidnap protection fee’ in Katsina, Zamfara, and parts of Kaduna.

The statement continues, “This obnoxious remark is unexpected, bereft of empathy, and highly inconsiderate. Is this what he should say to say to pacify a grieving and traumatized community; bedeviled by incompetent security forces that should protect them?

“His flowery statement goes to show that the President needs to wake up to the demand from Nigerians to carry out comprehensive security sector reform, which shall ensure the protection of  every citizen irrespective of ethnicity, tribe, religion, or sex.”

The statement also recalled and added that “Nigerians were told severally that Boko Haram had been degraded and that they should return to their local areas.”

FG FIGHTS BACK, TO RESTRICT AIRLINES COMING FROM CANADA, UK INTO...