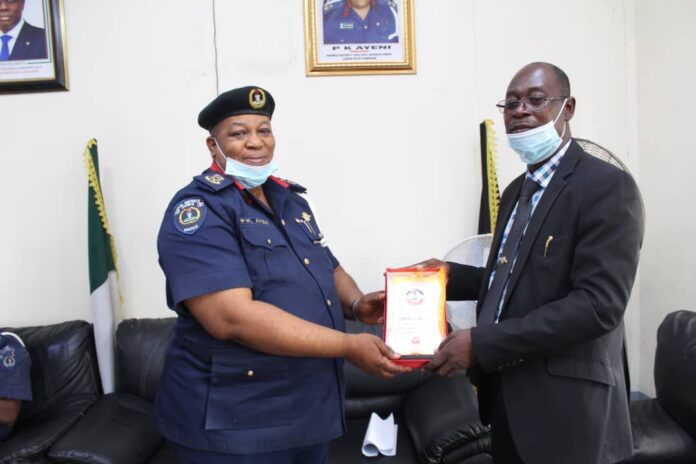 THE DIRECTOR COMMENDS AND APPRECIATES THE COMMANDANT FOR HIS HARDWORK AND UNFLINCHING COMMITMENT TOWARDS THE SECURITY AND SAFETY OF LIVES AND PROPERTY IN LAGOS STATE.

The Director Ministry of Special Services Lagos State, Mr M. AKINRINADE appreciates and commennds the Commandant, for his good work, in ensuring the security and safety of lives and property in Lagos state.

The Director attests to the fact that the Commandant is a rare breed amongst the top senior officers, in the corps. He affirms that this can be obviously seen, in his meticulous and intelligent style of leadership,, in the Command.

The Director opines that the mission of his team is simple as they come to further reiterate the position of the ministry to further increase their support, for the Lagos State Command, with all the needed machineries that will enable the command to deliver, on its mandate in Lagos State.

The Commandant, CC Ayeni PK MSC MBA ANIM ACIA, receptively thank the Director and his team, for their visit, to his office, at the time where the command is in dare need of much more government support than ever.

Further more, the Commandant appreciates the effort of the Executive Governor of Lagos State, Mr BABAJIDE SANWO – OLU, for his efforts and commitment, in ensuring that the state is absolutely free from criminal elements and at the same time very peaceful.

The Commandant says that since his resumption into office, in the state, pipeline vandalism has been reduced maximally and drastically.

He further states that the magical strategy is being ‘ intensed intelligence gathering and consistent and 24/7 monitoring of critical national assets and infrastructure of government at federal, state and local government levels, in the state, which is one of the core mandates of the corps.

The Commandant says he believes that Lagos is known to be the centre of excellence in the country, therefore, he believes that the Lagos State Command of the Nigeria Security and Civil Defence Corps should be the best in the nation.

Commandant Ayeni calls for more government support, in the aspects of more inclusion of the Lagos State Command in the security apparatus of the state, improvement of logistics to work, establishment of standard Command structure, which the national headquarters of the corps is also well committed to in no distance time, amongst others. He avows that the corps will continue to build on the existing synergy and cordial relationship with the Lagos State Government.

Finally, the Commandant, Commandant Ayeni PK, MSC MBA ANIM ACIA present of gift to the Director, in honour of his visit to the Nigeria Security and Civil Defence Corps Lagos State Command. 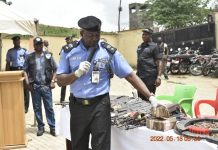 WHY SENATE CHANGED ITS MIND ON FUEL SUBSIDY REMOVAL – SENATOR...