The Ilorin Zonal Office of the Economic and Financial Crimes Commission.           ( EFCC) has secured the conviction of two persons before Justice Mahmood Abdulgafar of a Kwara State High Court, Ilorin on separate charges of internet fraud and related offences.

The convicts, Okoro Raymond and Ogundowole Tosin, pleaded guilty to the charge of fraud and were accordingly convicted and sentenced to six months imprisonment.

Justice Abdulgafar also ordered that phones,  laptops and money recovered in their bank accounts should be forfeited to the Federal Government of Nigeria.

The charge against Raymond reads “That you,  Okoro Raymond,  sometime between March and September 2019 within the judicial division of the Kwara State High Court,  fraudulently induced some unsuspecting Nigerians vide your created WhatsApp platform,  winners chapel investment, with your phone number 09010197532 to deliver properties to you to wit: money totalling #200,000 under the guise of their investing and making double gains and thereby committed an offence contrary to Section 321 of the Penal Code and punishable under Section 324 of the same law “
The charge against Tosin reads ” That you , Ogundowole Tosin (a.k.a) CLARISSA DOSS) sometime in October 2019 or thereabout at Ilorin, Kwara State within the jurisdiction of this honourable court attempted to commit an offence of cheating by pretending to be one Clarissa Doss, a white woman and  property agent who has a property to lease at popular castlegate subdivision,  New Jersey,  United States,  to one Hillary Kurtz as it is contained in your gmail account,  clarrisadossa@gmail.com and thereby committed an offence contrary to Section 95 and 321 of the Penal Code law and punishable under Section 322 of the same law “ 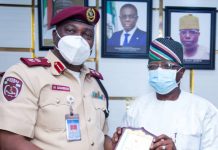 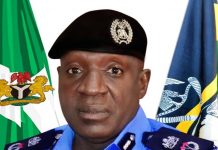