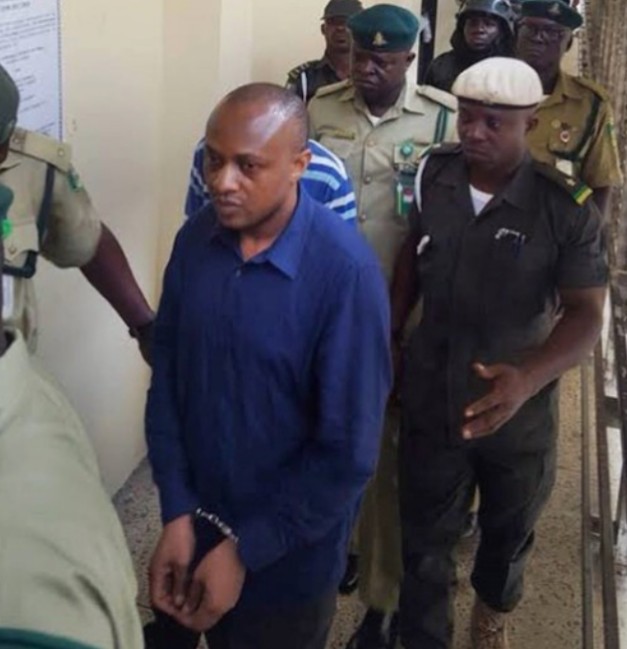 Billionaire kidnapper, Chukwudimeme Onwuamadike known as Evans the kidnapper has been sentenced to death by hanging, the pronouncement made in a Lagos High Court on Thursday.

At the sentencing by an Igbosere High Court in Lagos, Evans who was charged with kidnapping had pleaded not guilty.

He was also charged for attempt to kidnap the chairman of the Young Shall Grow Motors, Mr Vincent Obianodo.

Other charges against him are bordering on conspiracy, kidnapping and unlawful possession of firearms.

Evans was docked with three other defendants — Joseph Emeka, Chiemeka Arinze, and Udeme Upong
He was apprehended by the Inspector General of police’s Intelligence Response Team led by Abba Kyari.

In 2013, Evans was declared wanted after he allegedly masterminded the attempted kidnap of Mr Vincent Obianudo, a businessman who owns the popular ‘Young Shall Grow Motors’.

Ex- ZAMFARA GOVERNOR, YARI, MAY BE ON HIS WAY TO JAIL