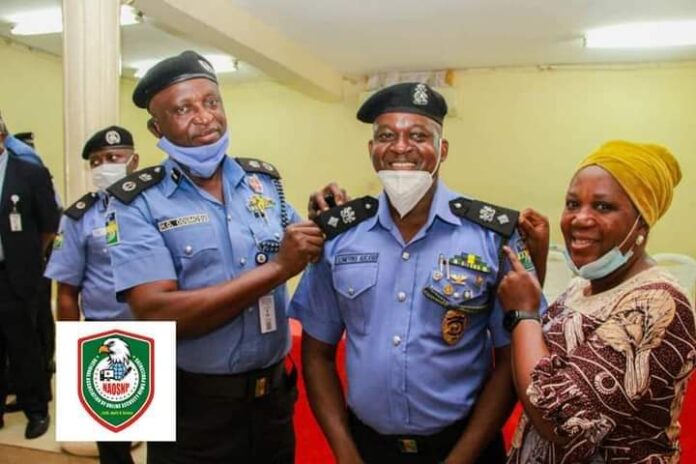 Some of the Officers decorated include the Lagos Police Public Relations Officer, CSP Olumuyiwa Adejobi, CSP Kike Oshodi-Glover, ….. among others.

While decorating the officers along side the newly promoted Commissioner of Police, CP Alli Mohammed, CP Odumosu charged the newly promoted senior officers to be more committed to their statutory duties and display high level of professionalism in the discharge of their duties at all times.

“To whom much is given,  much is expected, as the command and the Nigeria Police Force expect much from you with your new rank. I urge you to harness all legitimate resources,  both human and material, within your reach to improve Policing in Lagos and Nigeria at large”, Odumosu emphasised.

Meanwhile, CP Odumosu thanked the Inspector general of police, IGP Mohammed Abubakar Adamu for his fatherly concern on the general welfare of the police personnel across board and the leadership of the Police Service Commission for the consideration of the recommendations of the IGP on the promotions of personnel at various cadres.

REASON I WANT TO BE THE COUNCIL CHAIRMAN OF OJODU LCDA...