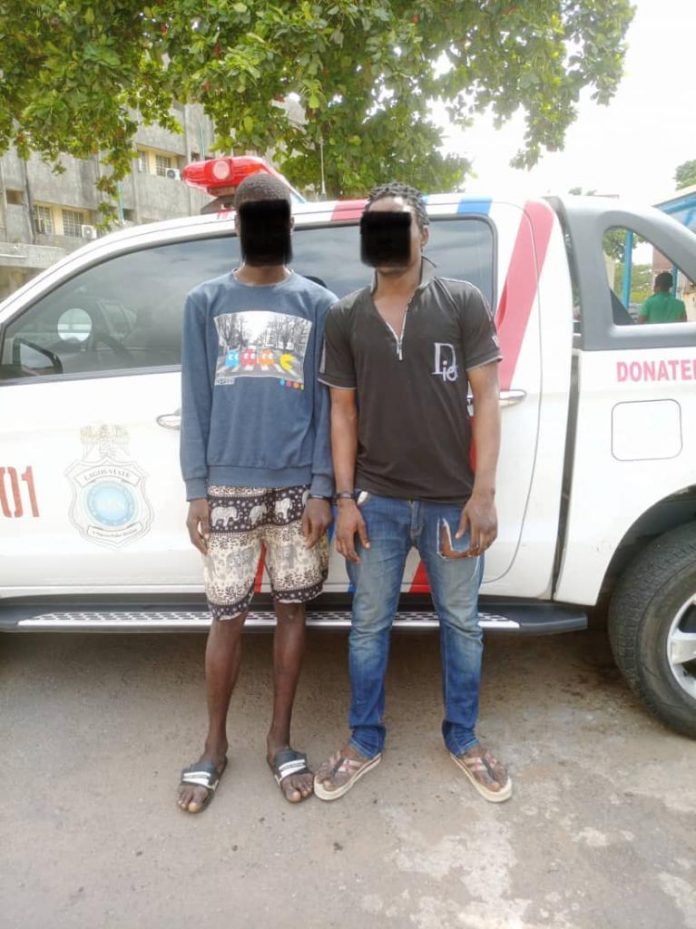 Operatives of the Rapid Response Squad (RRS), Lagos State Command have arrested two leaders of rival cult gangs and ten others over the incessant cult and gang wars plaguing Agege and environs.

In a press statement e-signed and released to the National Association of Online Security News Publishers, NAOSNP by the Lagos Police Command PRO, SP Benjamin Hundeyin stated that, “Officers of the Rapid Response Squad (RRS) have arrested two leaders of rival cult gangs and ten others over the incessant cult and gang wars plaguing Agege and environs.”

According to the statement, “The arrest of the fourteen suspects is part of series of efforts by the Lagos State Police Command to improve the security situation in Agege and the state at large.”

“The leaders of the rival cult gangs arrested are: Rasheed Abdulateef, popularly known as Adagun aged 25 and Abubakar Mohammed a.k.a Yaba aged 29.”

The arrest of the two rival gang leaders, Adagun and Yaba, along with their gang members followed sustained and diligent intelligence gathering within Agege communities.

Recovered from Adagun are a rifle butt, police vest, pepper spray, a knife, machete, hard drugs amongst others.

Furthermore, two other suspects, Monday Okezie aged 36 and Oluwasegun Oladipupo aged 32, notorious for supplying hard drugs to the gangs were arrested with large quantities of codeine, tramadol and rohypnol; and have been handed over to the National Drug Law Enforcement Agency (NDLEA).

The remainder of the suspects have been transferred to the State Criminal Investigation Department (SCID) for further investigations and eventual prosecution.

The Lagos State Commissioner of Police, CP Abiodun Alabi, fdc has assured the people of Agege in particular and Lagos State in general that the Command will continue to combat cultism and related crimes towards ensuring lasting peace in the state.

‘‘BOKO HARAM, ISWAP WILL FADE OUT BUT ANOTHER TOUGH TERRORIST GROUP...

EFCC ARREST INSTAGRAM COMEDIAN, 34 OTHERS OVER ALLEGED INTERNET FRAUD IN...