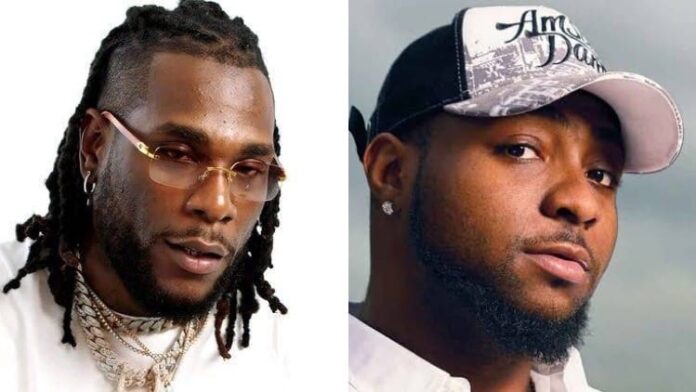 Management of Twist club in Ghana, Crescendo, have made a statement speaking on their role in the reports of the Davido and Burna Boy altercation that has been in circulation since the early hours of 28th December.

According to the management which neither denied nor confirmed whether blows were exchanged by Burna and Davido, the reported incident happened in a different club known as the Level Up Rooftop Lounge which is housed at the same premises as Club Twist. The management also stated that there were security personnel on ground which contained the situation.

“The management of Crescendo, owners of Twist  Club and Level Up Rooftop Lounge, have been notified of an allegation making rounds on social media. This is regarding a said altercation between two of our high profile guests, Davido and Burna Boy who both happen to be Nigerian Afrobeats stars. The incident occurred on the morning of 28th December 2020.

We would like to categorically iterate that the said incident did not occur inside the Twist Night Club. Twist Night Club remains closed in conformance with the Ghana government’s protocol to help curb the ongoing pandemic.

The aforementioned artists were indeed present at the Level Up Rooftop Lounge, which happens to be housed on the same premises as the night club.

While we cannot immediately comment on the details of the incident at the rooftop lounge, we would like to state that our security personnel were on the ground, and effective in curbing any form of physical escalation.

As a company, Crescendo remains diligent in our vision to deliver premium experiences to anyone looking to enjoy Ghana’s rich and vibrant entertainment and nightlife scene in a safe and secure environment.

MEET DAVIDO’S ELDER BROTHER WHO IS FAR RICHER THAN DAVIDO.