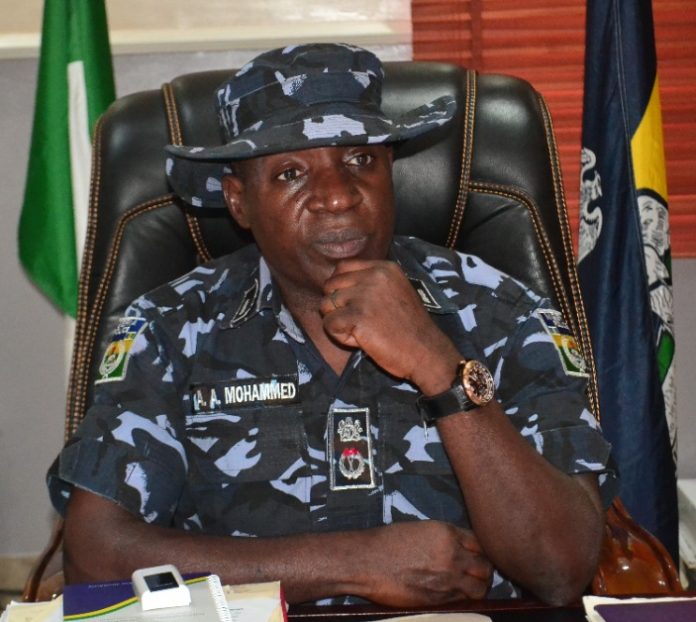 The operatives of Delta State Police Command has taken the fight against criminality and cultism further has they nuetralizes a cultist suspect, injured two others during a fierce gun battle with a three man dare devil armed robbery gang operating along Warri Sapele road by warri club.

In a press statement e-signed and released to the National Association of Online Security News Publishers (NAOSNP) the Command’s Spokesperson, DSP Edafe Bright stated that, “The Commissioner of Police Delta state Command CP Ari Muhammed Ali, FCIA, Psc+ has directed all Area commanders, DPOS, and tactical commanders to embark on serious raid of criminal hideout and constant visibility while also urging members of the public to be law abiding to make policing much more easier. He also assures members of the public that efforts currently been put in place to ensure peace and security will be sustained.”

According to Edafe, “In the fight against crime and criminality, the command has recorded some successes as follows.”

The suspect before he died gave his name as Andrew and admitted to be a member of the dreaded imomotimi group, a dare devil gang that has been on command wanted list. One locally made pistol loaded with a life cartridge, one hundred and thirty thousand naira, one small nokia phone and the above stated toyota corolla were recovered.

2.  On 15/09/2021 at about 0100hrs Isiokolo Divisional patrol team in conjunction with vigilante while on stop and search along Okpara – Okurekpo road Isiokolo flagged down a lady’s motor cycle with three (3) passengers.

Upon reasonable suspicion they were searched and during the search, one cut-to- size locally made double barrel gun was recovered from one of the passengers named oghenenyerhovwo solomon ‘m’ of uruegbe street okpara.

He was promptly arrested and the motorcycle impounded while the two (2) others escaped into the bush. Efforts to arrest the two suspects at large are being intensified.

Also on 13/09/2021 between 0025hrs and 0430hrs raider operatives raided black spots in Koko Oghara and some areas in Sapele that are known to be hide out for some notorious cult related activities.

During the raid, one suspected cultist Rukevwe Afakpor ‘m’ 29yrs old was arrested and one (1) locally made double barrel gun and three (3) live cartridges were recovered from him.

PAYMENTS REVENUE POOL ON TRACK TO NEARLY DOUBLE BY 2030 ~...