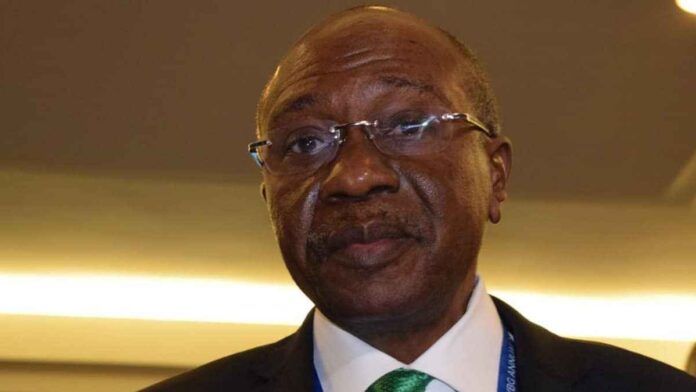 Nigeria’s central bank did not believe that policy adjustment would curb the nation’s inflationary trend, and the two consecutive month on month disinflation could actually prove Godwin Emefiele’s decision not to alter policy rate right.

Investment bankers said due to the disinflation readings, they expect the apex bank to keep rates while maintaining a pro-growth policy stance.

At the various policy committee meetings, the CBN Governor, Emefiele, had reiterated that inflation uptrend has been driven by supply chain shock, a pandemic-induced effect from the productive segment of the economy.

In a macroeconomic note, experts at Chapel Hill Denham said inflation will likely sustain a receding path. The firm said over the near term, inflationary pressure will subside in Nigeria resulting in lower inflation rates in the coming months.

Specifically, analysts said they expect inflation to print lower at 17.65% year on year in June 2021 and 16.12% by December 2021 provided there are no shocks in the economy.

“Our projection is premised on sustained base effect, stable crude oil prices fostered by OPEC’s commitment to production quotas, continued business activities, a stronger growth rate in Q2-2021 and absence of any major price shock like the removal of fuel subsidy or a hike in electricity tariff”, the firm said.

However, Cowry Asset Limited sees upward pressure on month on month rate due to rising insecurities which it said has continued to impact food distribution across the country.

“More so, the increasing demand pressure on the greenback would further put pressure on cost lines month on month. However, we may further witness ease on inflation rate year on year given the base effect”, the firm added.

Chapel Hill Denham express a view that CBN could retain their bias to growth than inflation, so monetary policy rate (MPR) could remain fixed.

The CBN held the Monetary Policy (MPR) fixed at 11.5% in its May MPC meeting, predicating its decision on concerns about fragile growth.

Monetary authority signaled to the market that it is more bothered about driving economic growth, which in turn, will taper the inflation rate.

“If the CBN continues to hold this bias to growth, we believe that the slowdown in inflation rate recorded since the beginning of Q2-2021 (April and May) will further cement the CBN’s position to hold rates fixed.

“In essence, only a stronger rate of economic growth between 2% and 3% year on year  in Q2-2021 will be enough to counteract the effect of inflation on MPR (as a justification to hold rates fixed) and influence the CBN to adopt a hawkish stance in the next MPC meeting”, Chapel Hill Denham said.

Based the view, analysts said they recommend investors to increase their long positions in the different segments of the fixed income market (NTBs, OMO and bonds).

“Our bullish recommendation is on the back of the CBN likely retaining the MPR at 11.5% since there is a slim chance of growth ranging between 2% and 3% in Q2-2021.

“Besides, the CBN can utilise its open market operations issuance to control inflation marginally. A steady MPR at the next MPC meeting signals stable or rising bond prices for investors, which supports increasing the long positions today”, analysts said.

Headline inflation races down to 17.93%, supported by base effect

Inflation rate was 5.5% higher when compare with 12.40% was reported in May 2020. This is the second time inflation is slowing down since August 2019. Analyst said disinflation emerges largely on the back of a strong base effect.

Furthermore, analysts explained that both headline and food inflation remain far ahead of their respective 12-month averages, signaling the need for inflation to shed more weight in the coming months.

Compared with the midpoint of CBN inflation target of 6-9%, headline inflation lies forward by 10.93% points.

Imported food inflation spiked marginally higher to 16.97% year on year in May 2021 relative to 16.0% in April 2021, implying a stable contribution to overall headline inflation on a month-to-month basis in May 2021.

“We believe the inch-up is tied to the currency devaluation in the official FX window where most imports are financed”, analysts noted.

Besides the strong base effect, the aggregate macroeconomic front supported the 17.93% pent-down inflation for May 2021.

Compared to major economies in Africa (Egypt, Kenya and South Africa), Nigeria fares worse on the basis of its inflation rate remaining out of the target range of 6 to 9% compared to other benchmark economies.  However, an uptick in inflation rate was reported in May 2021 across all the countries (except for Ghana) compared to May 2020.