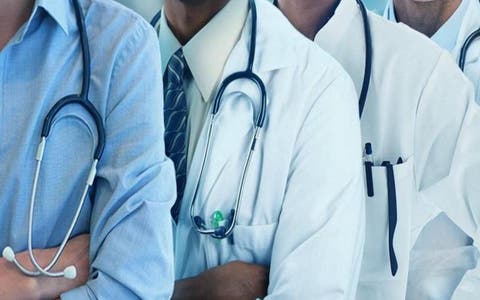 Striking doctors alongside the federal government on Wednesday resolved to settle all issues surrounding the six weeks industrial action that has crippled medical services in the country.

The resolution was reached at Wednesday’s proceedings at the National Industrial Court (NIC), Abuja.

Consequently, they are to return to the court of Justice Bashar Alkali on Friday, September 17, to report the terms of agreement reached among the parties.

The National Association of Resident Doctors (NARD) had on August 1, embarked on an indefinite strike over irregular payment of salaries, amongst others.

However, after its appeals failed to stop the doctors from embarking on the industrial action, the federal government approached the court for an order compelling the doctors to return to work.

The industrial court, in a ruling on an exparte application, accordingly restrained members of NARD from continuing with the strike.

“It is hereby ordered that claimant/applicant and the defendant/respondent suspend all forms of hostilities forthwith pending the hearing and determination of the motion on notice,” the court had ordered.

When the matter came up Wednesday, the lawyer to the federal government, Mr Tochukwu Maduka, informed the court that he has filed a case of contempt against NARD.

He said: “Despite the order of this court that all hostilities be suspended, the defendants who render essential services have refused to call off the strike.”

Responding, the lawyer to the striking doctors, Mr Femi Falana (SAN), told the court that he has filed a further affidavit in support of notice for stay of execution.

Falana further stated that he was challenging the jurisdiction of the court to hear the matter.

He, however, stated that the parties should go back to the negotiation table, adding that it is in line with the order to suspend hostility.

“We can resume today or even tomorrow if a decision is reached,” he said.

Consequently, Justice Alkali stood down the matter for ruling, to enable parties reach a consensus.

Speaking with journalists after the court session, Maduka said: “Counsel for the resident doctors approached us on behalf of his clients indicating that they want the matter to be settled and that they are prepared to go back to work.”

On his part, Falana said: “We had consultations on both sides with our clients and with the lawyers of the government and we have agreed to come back on Friday to report the efforts we have made.

“There is an agreement that was not signed by our client. We’ve studied the agreement and we have advised our client that since there is a clause in it that nobody shall be penalized or sanctioned for participating in the industrial action.

“We believe that there should be no inhibition in signing the agreement trusting that there would be good faith on the path of the government so that we can put this matter behind us,” Falana added.