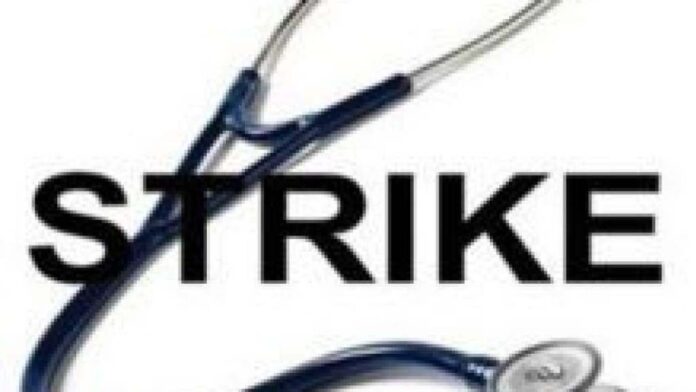 Doctors’ Strike: We have not been informed — Ogun govt

As doctors, nurses in Ogun state under the auspices of Nigeria Medical Association, NMA, and National Association of Nigerian Nurses and Midwives, NANNM embark on strike, the state Commissioner for health, Dr. Tomi Coker has stated that she is not aware of the strike.

It would be recalled that Ogun State had, in recent times, been hit by frequent kidnap of doctors and nurses, as well as other residents of the state.

Dr. Coker said, “I have not been informed that they are going on strike. Let them inform me; when they inform me, I will know the next thing to do.”

However, in the communiqué issued by the NANNM, dated April 12 and addressed to the Commissioner for Health in the state, Dr. Tomi Coker, the nurses condemned the lackadaisical attitude of the government towards the release of their colleagues.

In the communiqué titled: ‘Notification of withdrawal of services, the health workers described the approach adopted by the government as appalling.

Ogunlaja said the strike was a joint resolution between the NMA and NANNM, saying they were going ahead with the strike, despite the release of their abducted colleagues until the government did the needful.

He said: “There is a lot of security challenges in the state now. I want the state government to address them before we go back to work.

“The government should make where we work a safe place so that we can work without any fear. The state is now becoming unsafe for everybody living here.

“We want the government to do the needful so that we will know that we are secured.”