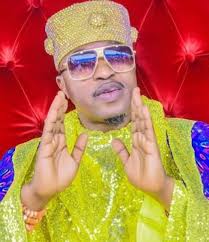 The Oluwo of Iwo kingdom, His Royal Majesty, Oba Abdul Rasheed Adewale Akanbi has called for death penalty for corrupt persons in the country.

The first class traditional ruler who spoke at the annual  Crime Reporters Award day in Lagos also called for life imprisonment for accomplices of corrupt person’s to serve as deterrent.

He lamented that government has been  paying lip service to fighting corruption, nothing that no top senior civil servant or politician has been jailed for corruption after six years of this regime.

The monarch called on Nigerians to stop worshipping riches and start questioning the source of wealth of most people in high places in the society.

“Sadly,Nigerians are honouring thieves and worship money even if it was illegally acquired, stolen and other defrauded to get rich”,he said.
Further, Oluwo lamented that people have getting away with crime, hence the high rate of corruption in all level of the society.

According to him,the increasing level of drug abuse is unsafe in the country and could be attributed to the high level of youth unemployment,
Oluwo therefore called on government at all levels to fashion out programs that will gainfully employ the youth and steer them away from the use of drugs.

The royal father called on Nigerians to get back to their root, culture and the worship of God.

THE TECH STARTUPS, VENTURE CAPITALISTS AND THE RACE FOR TECH SOLUTIONS~...