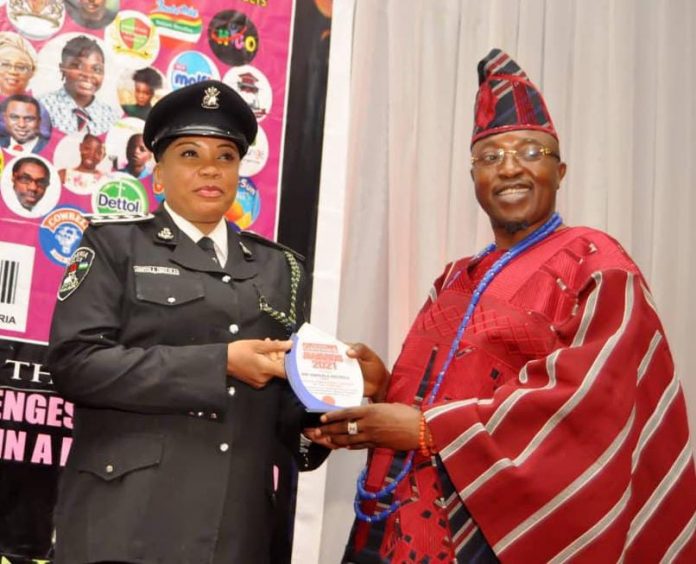 The elements of crime fighting and security in the modern society has gone beyond bearing arms to arrest and call-and-response to obtain statement. It entails understanding of emotional intelligence, mental health, data protection, human rights, and public engagement.

When a police officer is refined, tactful, and patient, he/she will achieve great results. Trek Africa Newspaper observed that this new framework is fast coming into limelight among our police officers. It’s a new beginning for a new breed. One of such amazing personalities is Deputy Superintendent of Police, DSP Omolola Odutola.

DSP Omolola Odutola represents a fresh bust of energy in the policing circle in Nigeria. The young, trained lawyer working under the auspices of the prestigious Force Intelligence Bureau (FIB) of the effective helmsman, IGP Usman Alkali Baba joined the Nigerian Police Force in 2012. Since then, she believed that human rights and emotional intelligence has a big role to play in crime fighting.

Trek Africa Newspaper reports that at enlistment, Omolola was appointed Cadet Assistant Superintendent of Police (Cadet ASP) alongside 365 others in Nigeria Police Academy, Wudil, Kano state where she undergone compulsory physical, mental and intellectual drills such as Liberal Studies, Law Field Studies, Professional Studies, Firearms Handling among others to commence her career.

For her first litmus test in the Police, the fine officer and LL. M. graduate of University of Lagos (UNILAG) was posted to Ondo State Command for 1 year to explore the practical aspect on the job as stipulated by the Police Act and Regulations.

For her success, Omolola was deployed to NPA Maritime Command where she became the first female Police Public Relations Officer, PPRO of the Command. Her excellent contributions in four years won her many laurels at Kam Salem.

The strong advocate of emotional intelligence could not be stopped. When the public understands that officers too can have peak and low times, it also enhance effectiveness of the Police.

This is what she also thinks that Nigerians must understand. Odutola was promoted and redeployed to the elite FIB for her demonstration of brilliance, dynamism, acumen and resilience in intelligence gathering, crime busting, and prosecutorial capacity.

The Ijebu-ode-born police officer is dedicated to the Police Force and its ethics and values. She is committed to the enthronement of Human Rights in the society. She is consistent, vibrant and result-oriented to the Police core function of maintaining law and order. She wants to see a society where crime is curtailed to the barest minimum.

ME AND MY HUSBAND TRAFFIC YOUNG GIRLS TO ITALY FOR PROSTITUTION...