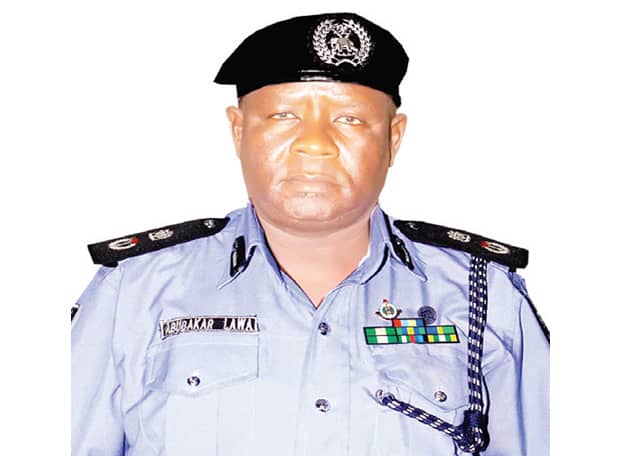 Ahead of the Easter celebration by Christians, the Commisioner of Police, Enugu State Command, CP Abubakar Lawal has assured all residents of the provision of adequate security during and beyond the celebrations.

In a press statement e-signed and released to the National Association of Online Security News Publishers, NAOSNP by the Command’s Spokesperson, ASP Daniel Ndukwe stated that, “In view of this year’s Easter Celebration by Christians all over the world to mark the Crucifixion, Death, Burial and Resurrection of Jesus Christ, the Commissioner of Police, Enugu State Command, CP Abubakar Lawal, fdc, has reassured commitment to collaborate with other Security Agencies and stakeholders to ensure the provision of adequate security during and beyond the period of the Celebration.”

According to Ndukwe, “Consequently, the CP has ordered Area Commanders, Divisional Police Officers and Heads of the Command’s Tactical/Operational Units to deploy all operational and intelligence assets at their disposal, as well as device the best crime detection/prevention strategies to effectively police their areas of responsibilities and ensure a hitch-free Easter Celebrations.

He warns the Supervisory Officers to ensure that personnel under them remain firm and professional in the discharge of assigned Easter duties, as they will be held vicariously liable for any form of lapses.”

“Meanwhile, the Commissioner, while felicitating and wishing Ndị Enugu State a smooth and peaceful Easter Celebrations, has enjoined them to be mindful of the essence of the season, which is to express the true nature and love of Almighty God. Hence, he urges them to celebrate responsibly and show brotherly love to one another.”

To this end, residents of the State have been called upon to remain supportive to the Police, be law-abiding, vigilant and promptly report acts of crime and criminality to the nearest Police Station or by calling the Command’s emergency hotlines on 08032003702, 08075390883 or 08086671202.

They can also send emails to contact042ppro@gmail.com and/or use the upgraded “NPF Rescue Me App”, which can be downloaded on Android and iPhone App Stores, to report security incidents.

HOW PRIMATE AYODELE FORETOLD ALL THAT IS HAPPENING BETWEEN UKRAINE AND...

SPEAKER OBASA COMMISERATES WITH PDP OVER LOSS OF CHAIRMAN, OTHERS