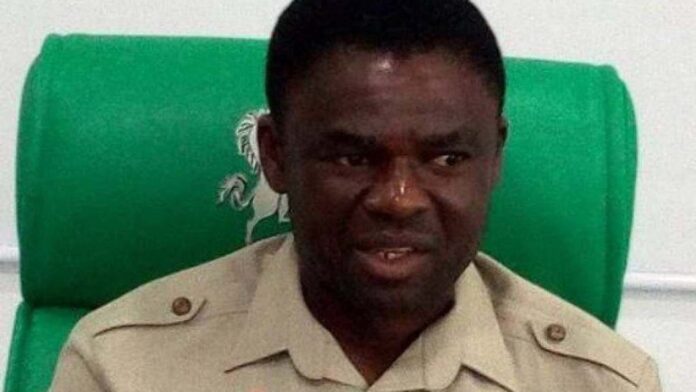 Edo State chapter of the All Progressives Congress (APC) and the Deputy Governor of the state, Rt. Hon Philip Shaibu has engaged in a war of words over a pre-election matter in the court as Shiabu alleged that the former National Chairman of the APC, Comrade Adams Oshiomhole had recently said that the Supreme Court would give his party victory like the case of Imo state.

But in a statement yesterday by the State Publicity Secretary of the APC, Chris Azebanmwan, the allegation which he described as weighty was false and that Shaibu was engaging in a smear campaign against Oshiomhole.

He said, “The statement which he credited to Comrade Adams Oshiomhole is a blatant falsehood as no such words emanated from the elder statesman. It is a smear campaign that is aimed at tarnishing the pristine image of the immediate past Chairman of the All Progressives Congress, APC in the vain hope it would pit the judiciary against the legal reliefs sought by the APC.

“I challenge Philip Shaibu to provide an audio or video clip of the occasion where Comrade Adams Oshiomhole is alleged to have made such a statement. Instead of this puerile and infantile attempt at diverting attention from the substance of the matter in court which centers on forgery and perjury, Philip Shaibu is well advised to address his mind to shoring up their defence.

“Philip Shaibu conveniently lost sight of the fact that the issue in contention borders on forgery and perjury. APC did not go to the Federal High Court to challenge the outcome of the September 2020 election.

“The Nigerian public is too informed and discerning to be hoodwinked with fake allegations and sensationalism. We totally agree with Philip Shaibu that the Nigerian judiciary ranks amongst the best and most diligent in the world and will not be swayed or distracted by antics such as being irresponsibly orchestrated by Philip Shaibu.”

Shaibu had through his Media aide, Benjamin Atu alleged that Oshiomhole was plotting to overturn Governor Godwin Obaseki’s victory at the September 2020 governorship election through the Judiciary.

Though he reaffirmed confidence in the judiciary and President Muhammadu Buhari to protect the nation’s democracy and the collective will of Edo people, Shaibu urged Edo people, especially the youths to take their destiny in their hands by securing Nigeria democracy and the political future of young people.

NIGERIAN AMBASSADOR TO US, AMBASSADOR, SYLVANUS ADIEWERE NSOFOR IS DEAD