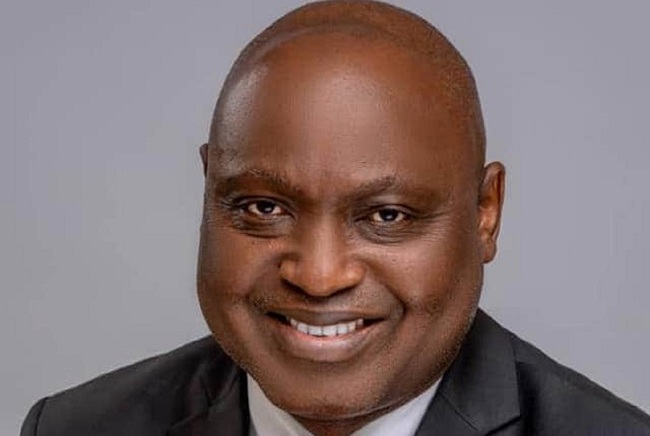 Ekiti State Governor-elect, Biodun Oyebanji, yesterday paid a ‘thank you’ visit to the Ewi of Ado Ekiti, Oba Adeyemo Adejugbe, following his victory at the polls in the just concluded governorship election in the state, praising monarchs in the state for championing peace and stability before, during and after the poll.

Oyebanji, who led some leaders of the All

Progressives Congress (APC) to the palace of the respected traditional ruler, said the purpose of the visit was to express his appreciation to the monarch and other traditional rulers for their support and the fatherly role they played prior to the election to avert crisis.

In a statement issued by his Media Assistant, Raheem Akingbolu, yesterday,  Oyebanji described Oba Adejugbe as a father, who has always shown interest in his career trajectory since their first meeting in the 90s during the agitation for creation of Ekiti State.

The governor-elect described the traditional institution as an important stakeholder in the state that should not be toyed with by anybody, adding that the institution would be strengthened under him.

According to the statement, “My visit to the palace today (yesterday) is to appreciate our father for his support over the years. At a time when most elders would have dismissed a young man like me, Oba Adejugbe embraced me with both hands and gave me opportunity to fly.

That singular opportunity equipped me very well and prepared me for the other roles I played in Ekiti State.

“Beyond his position as traditional ruler, Oba Adejugbe put all he had into the struggle for the creation of Ekiti State for us to get the expected result. Again, thank you Kabiyesi.

“Also, I want to use our father as a contact point to other traditional rulers for their stabilising roles during the campaign to make sure the election was conducted without any crisis in our dear state.

Even though there would still be other avenues to meet the traditional rulers to show appreciation, today’s meeting is necessary as a mark of honour for the traditional institution.”

According to him, “I appreciate all for trusting me with their votes last Saturday, and I stand here today to assure the Ekiti people that I will not disappoint them. I will sustain the legacy of my predecessors as well as building on it to bring further development to our dear state.”

Responding, Oba Adejugbe commended the governor-elect for his thoughtfulness, and prayed that God would endow him with wisdom and knowledge needed to succeed in office.

FEDERAL GOVT LOST N8.3BN TO SMUGGLED PETROL IN MAY