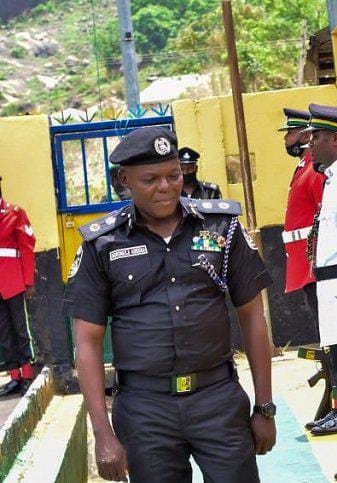 The Ekiti State Police Command has announced glowing achievements recorded from its policing activities in the last couple of weeks.

The Command made the announcement during a parade of suspects and press briefing at the State Command headquarters in Ado Ekiti.

Speaking on behalf of the Police Commissioner, CP Morenikeji Adesina, the Police Public Relations Officer, ASP Abutu Sunday, in a statement made available to the National Association of Online Security News Publishers (NAOSNP), said that Command has lived up to expectation in the protection of lives and property of Ekiti State citizens as it has clamped down different reprehensible crimes.

The statement noted that some landmark breakthroughs were achieved during the period under review.

The first of the achievements was the case of conspiracy, impersonation, kidnapping, and unlawful possession of four barreta pistols and 40 rounds of 9mm ammunition where one Aliyu Mohammed was arrested and items recovered from him including pistols, ammunition, Sim packs, one yellow hand band of Axemen Black Axe secret cult group, and six passports photograph he took in Army camouflage.

Further investigation led to the arrest of other accomplices including Fatai Danjuma, Ademilua Ayodele Hammed and Olajide Samuel at different locations of the state.

In another case of murder and cultism, according to the statement, the Command interrogated a hundred level student of Federal University of Oye-Ekiti (FUOYE), one Akomolafe Tolulope Patience, who was attacked by a gang of suspected cultists. Though the student later died from his injuries, he was able to name Akamo Ayodeji a.k.a AK MORE, who has been arrested, and one Abdullahi a.k.a Abu as his attackers.

Other areas of exploits as detailed by the statement include the arrest of 11 suspects who broke into seven homes in Embassy Island, Ado-Ekiti, and stole various items including cars, money, jewellery and phones at gun point. All the suspects have been charged and remanded.

While enjoining Ekiti citizens to be security conscious, the CP, who just assumed office in the state, promised to continue to partner with the Military, Paramilitary, intelligence Agencies and communities to enhance knowledge sharing, deepen mutual understanding and develop a tight security architecture in the State that will cripple the activities of all criminal elements and guarantee the safety of lives and properties.