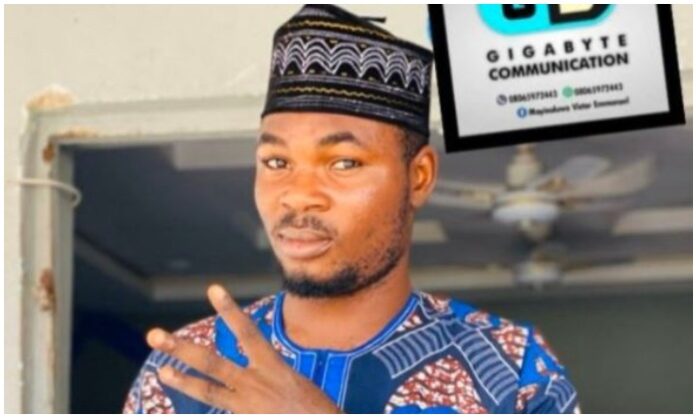 #EndSARS campaigner, Moyinoluwa Olowoyo, has been released by the Ekiti State Police Command after 30 days in detention.

Olowoyo was arrested by the police on October 20, 2020, and later transported to Abuja where he spent a week before he was taken back to Ado Ekiti.

The police had also asked him to write an apology to the state government as a condition for his release. His continued detention subsequently caused an uproar online forcing the police to arraign him before a magistrate court on Monday.

The police preferred three charges against Olowoyo and also accused him of rioting and joining others at large to burn a police station.

One of the counts read, “That you, Olowoyo Moyinoluwa Victor, and others still at large on October 20, 2020, at Ikere Ekiti in Ikere Ekiti magisterial district, did unlawfully set ablaze the building of the Nigeria Police station, Ikere Ekiti, thereby committing an offence punishable under Section 451 of the Criminal Code Cap C16 Laws of Ekiti State, 2012.”

The Magistrate, Abdul Lawal, granted the defendant bail on liberal terms. The defendant was asked to provide two sureties who must not be below level 10 in the state civil service.

The defendant’s brother, Olayemi, told Reporter that he was already home.

“I just spoke to my dad and he confirmed that my brother has met his bail condition and has returned home,” he said.

MY TWO PARENTS ARE FROM ABEOKUTA, I BEAR OWU TRIBAL MARKS,...