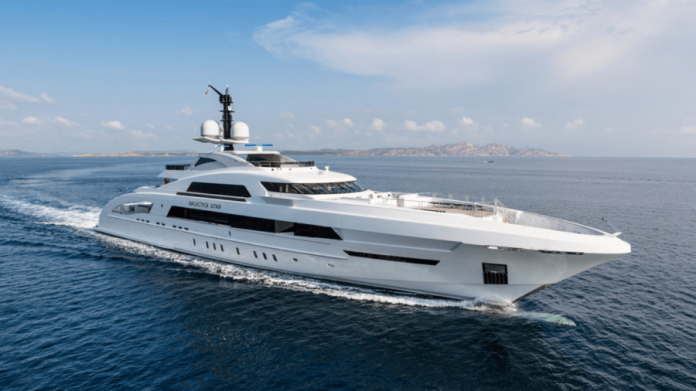 Federal Judges of a U.S court have dismissed an appeal by Enron Nigeria Power Holding Ltd, a former subsidiary of Enron Corp, an energy-trading giant that filed for bankruptcy 20 years ago and was acquired by undisclosed shareholders in 2004.

In its appeal, Enron Nigeria Power Holding Ltd sought the court’s assistance to lay claim to more than $22 million from proceeds of the sale of Galactica Star, a 213-foot luxury yacht which according to U.S. prosecutors in a lawsuit four years ago, was acquired by Nigerian businessman, Kolawole Aluko with money gotten from bribes.

Bloomberg report that the power company sought the money from the yacht’s sale to settle a debt owed to it by Nigeria’s government.

“The company is trying to collect on an arbitration award issued against the Nigerian government for suspending a contract signed with the firm in 1999 to build and operate a power plant,” the report from Bloomberg said, citing that the court’s decision upholds the judgement from last year that granted the U.S government ownership of the $37 million generated from the auction of the Galactica Star.

The report added that Nigeria’s government turned down a request by ENPH’s new owners to revive a contract paused before Enron’s collapse. An arbitration tribunal awarded the company $11.2 million in damages in 2012, and a U.S. court later confirmed the debt, with the amount owed doubling with accumulated interest.

“The judge reached his decision after the Nigerian state dropped its competing claim to the money and sided with the U.S. authorities. The two governments plan to use the money for the benefit of the Nigerian people,” Bloomberg said.

Report gathered in July 2020 that 19 years after the bankruptcy of Enron Corporation, one of the biggest corporate bankruptcies in American history, a former subsidiary of the company was suing Nigerian and American Authorities over the sale of a yacht valued at over $80 million acquired by Nigerian businessman Kolawole Aluko.

The yacht was seized by the US Government in 2018 after prosecutors say it was bought with the proceeds of bribes paid to Nigeria’s former Minister of Petroleum, Diezani Alison–Madueke.

The yacht was later auctioned for $37 million in 2019. The Nigerian government also dropped claims to the proceeds of the sale recently and a Texas Court ordered all proceeds should be retained by the US Government.

Enron Nigeria Power Holdings Ltd is owned by ex-Enron staff involved in the negotiations for the Power Plant contract in Nigeria and was bought out of bankruptcy for $750,000 in 2004 by a Cayman Islands registered company.