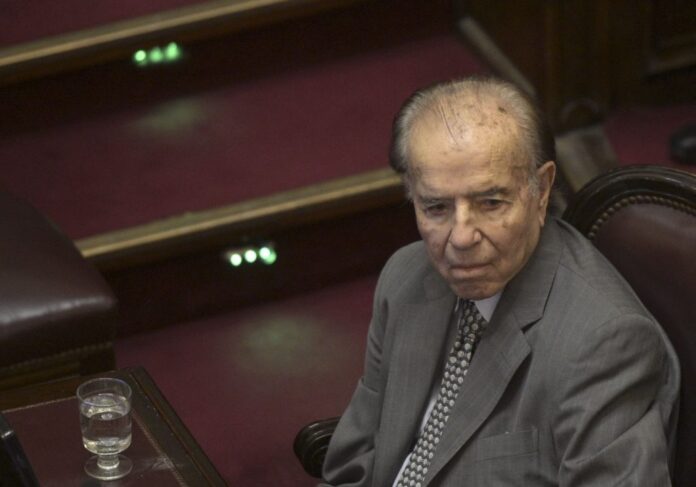 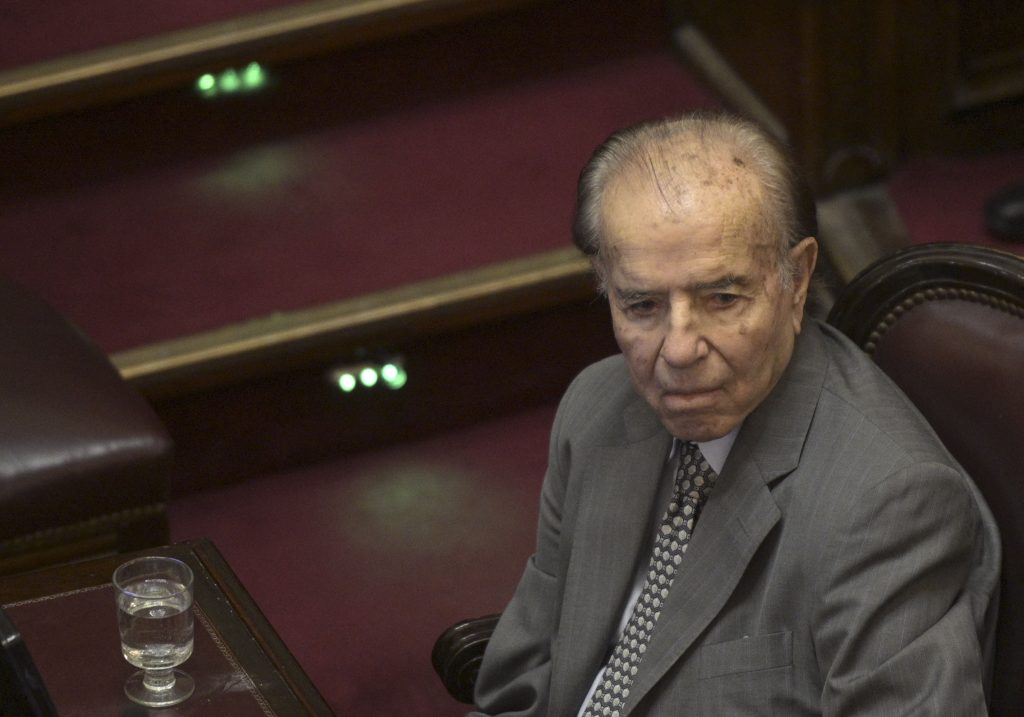 Argentina’s former president and current Senator Carlos Menem attends a session on the debate of a bill to renegotiate the public external debt at the Congress in Buenos Aires. –

Former Argentine President Carlos Menem (1989-1999) died Sunday in a Buenos Aires clinic at the age of 90, according to the official news agency Telam and other media.

Argentina’s former president Carlos Menem died in a Buenos Aires clinic on Sunday at the age of 90, the Telam news agency and other media outlets reported.

Menem had been hospitalised several times in recent months for pneumonia.

He identified ideologically as a follower of Peronism, a movement based on the policies and legacy of former president Juan Peron. Menem had been a member of the Senate since 2005.

As president, he fixed the exchange rate of the peso at one US dollar, which ultimately led to the country’s worst economic crisis in 2001.

Menem had three children from two marriages, the first with Zulema Yoma and the second with former Chilean Miss Universe Cecilia Bolocco.‌

He had been investigated in various corruption cases but was never convicted.

In 2001 he was ordered held in pre-trial detention at home for a case involving arms smuggling to Croatia and Ecuador, but he was freed weeks later under a Supreme Court ruling and ultimately cleared.

TO MAKE LAGOS GREATER IN THE COMING DAYS, ELECTED OFFICERS MUST...