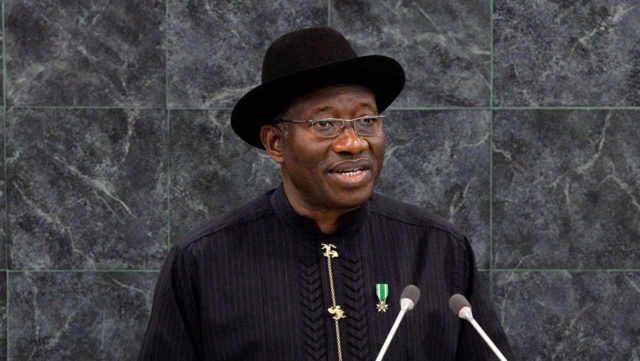 Responding to a question on a television programme monitored in Lagos, Governor Wike regretted that PDP leaders were not living up to expectations as a purposeful opposition party prepared to take over the reins of power from the governing All Progressives Congress (APC).

Vowing that he would never contemplate defecting to APC, Wike vowed to resist anybody that tries to destroy PDP, even as he lamented, “an opposition party that ought to be united, work to take over the affairs of government because people are waiting for this opportunity, but the current leadership of NWC is not prepared for that.

“Rather, what they have done is to constitute some people to sow a seed of discord among governors for their own selfish interest. And that will boomerang; that will consume them.

“PDP ought to have harvested from the inefficiency of the APC; from the maladministration of the APC. Ordinarily, that is what the opposition party ought to do.

The present National Working Committee is not interested or doing anything to take over the realms of government in 2023. When your interest is to remain in power, you are no longer interested to win the election.”

Coming barely one week after his Imo State counterpart, Senator Hope Uzodimma, disclosed that his party, APC, was all out to lure every opposition politician in Southeast to the governing party, Wike’s tirade raised fresh concerns about the stability of PDP.

But, despite Wike’s appeal to unity and loyalty, some PDP stalwarts insist that internal disharmony makes it impossible for members to enjoy their democratic freedom, especially given the overbearing influence of state governors.

Former Delta State governor, Dr. Emmanuel Uduaghan’s confession laid credence to internal frustrations that force otherwise loyal party faithful out of PDP. Explaining the reason behind his defection to APC, Uduaghan, who recently rejoined PDP, said, “there was a knee on my neck,” remarking however that now that he returned he can breathe.

Although mixed reactions trailed his decampment from PDP to APC, Governor Dave Umahi of Ebonyi State also hinted at some internal discomfort in the main opposition party.

Speaker of Ebonyi State House of Assembly, Francis Nwifuru, who prepared the ground for Umahi’s eventual official defection, in a press conference alleged that there were plans to remove Prince Uche Secondus, the PDP national chairman from office.

Jonathan’s corollary
FAST forward to the build-up to another general election cycle in 2023, former President Goodluck Jonathan, who was disdained, defeated, and displaced by APC in 2015, is being burnished for another national “assignment.”

Just as virtually every major political push by the governing APC begins as a rumour, the new liking for Jonathan began innocuously.  At first, it was his frequent sallies to and from the Presidential Villa, where he was wont to confer with President Buhari on some continental assignments that revolve around elections and peacebuilding.

But, heads turned when shortly after the Peoples Democratic Party (PDP) lost the Bayelsa State governorship poll late last year. Some state governors elected on the platform of APC, including Senator Atiku Bagudu and Alhaji Mohammed Badaru, paid what was considered a thank you visit on Jonathan in his country home at Otuoke, shortly after the Independent National Electoral Commission (INEC) announced Mr. David Lyon of APC as the winner of the November 16, 2019 poll.

Speculations of the possibility of the former President staging a comeback became rife when some northern groups and players in the current dispensation started canvassing the idea of another Jonathan presidency in 2023.

Part of the allure is said to be that being a nice man, Jonathan was not likely to exceed one term in office and return the baton to the north if he succeeds President Buhari.

Moreover, Jonathan’s assertion that “the unity, stability, and progress of our dear country are more important than anything else,” after he lost the 2015 poll, is said to be resonating so well with northern political actors that are wary of ceding power to the South.

Some Presidency insiders say President Buhari was elated by the former President’s presence at the Eagle Square during Nigeria’s 60th-anniversary celebration just as he still recalls with relief how Jonathan called him 5.15 pm on March 31, 2015, to concede defeat at the election.

Although former President Jonathan’s Special Assistant on Media, Ikechukwu Eze, downplayed the visit of the APC chieftains to Jonathan, the former President recently reignited talks about his possible entry into the 2023 calculations when he told reporters blandly “it is too early to talk about that.”

Pawn or parry
It is a well-acknowledged fact that former President Jonathan lacks the sophisticated sagacity or disloyalty of established Nigerian politicians. However, his weak assertion that it was too early to talk about 2023 presidential permutations suggested that he must have been privy to such plots.

In his pacific disposition, it is not easy to ascertain how bitter the internal disagreement between the former President and immediate past Governor Henry Seriake Dickson was over who should be the PDP governorship standard-bearer for the last Bayelsa gubernatorial poll.

While Dickson insisted on Douye Diri and Lawrence Ewruhjakpor to pave the way for his eventual sail to the Senate, Jonathan was said to have favoured the former Managing Director of Niger Delta Development Commission (NDDC), Ndutimi Alaibe for the PDP ticket.

When Wike and Dickson squared up in verbal pugilism, some insiders said the Rivers State governor was not happy with the way the former Bayelsa governor treated the former President. Jonathan may have reserved his appreciation for Wike’s gallant defence.

The occasion of Wike’s 53rd anniversary provided the golden opportunity for the former President to ventilate his regard for Wike: “You are a hardworking leader, who is committed to improving the welfare of the people through service delivery and good governance.

“All who have visited Rivers State in recent time can attest to your transformational strides and the fact that the state is making tremendous progress under your leadership.

“As a governor of Rivers State, you have displayed great courage and wisdom in protecting the interest of your people, promoting peace, and upholding the unity of Nigeria,” Jonathan stated in his goodwill message.

Also, sources claimed that although the Supreme Court’s sacking of Lyon miraculously enthroned Diri as Bayelsa governor, Dickson’s obduracy made Jonathan quite uncomfortable with PDP.
Would Jonathan consider switching party platform? That is unlikely, but politics is the art of the possible.

During the recent National Executive Committee (NEC) meeting of APC, President Buhari affirmed that there was actually a gentleman’s agreement that the presidential ticket of the party would move to the South.

It could be recalled that during his five years’ stint as President, Jonathan was supported by the Southeast.

As such, Umahi and Nnamani’s presence lays credence to speculations that by adopting Jonathan, the former President would lead the anticipated political insurgence against PDP in Southeast and South/South.

Constitutional snag
IN the event that he falls for the bait, former President Jonathan should keep his eyes open to see the booby traps.  Dragging Jonathan into the presidential fray might be a ploy, after all, perhaps to dilute a Southeast or Tinubu Presidency.

Good for Nigeria, bad for North
WHETHER the former President succumbs to overtures or takes the path of honour to remain a statesman, a former Senator and member of National Interest Group (NIG), Anthony Agbo, has argued that the plan would not augur well for northern Nigeria.

Agbo told The Guardian, “bringing back the former president can only be good for Nigeria and Nigerians, but shall, without doubt, accomplish the exact opposite of what the planners intended.”

He disclosed that a Jonathan presidency would “reinforce and complicate the problems, which the northern political interest group intended it to solve.

“Another presidential tenure in 2023 for Goodluck Jonathan will no doubt gladden the hearts of many Nigerians, because of his soft and humanist disposition to governance.
“But that would certainly end up as a nightmare for the northern interest group propagating it for the fact that at the end of that tenure in 2027, the agitation for Igbo Presidency will become so fierce, so desperate and uncontrollable.

“When that happens, the north itself and the rest of Nigeria will have no option than to grant the Igbo a chance, thereby having the presidency in the south for three straight terms,” he added.

“Due to the rising political awareness; the insistent and deafening cry for justice all over Nigeria, there seems to be no other way forward for our country than to take a bold and decisive step to healing the nation by breaking down the walls of suspicion, fear and inhibitions that separate us and assuage whatever genuine feelings that burden the major segments of the Nigerian nation.