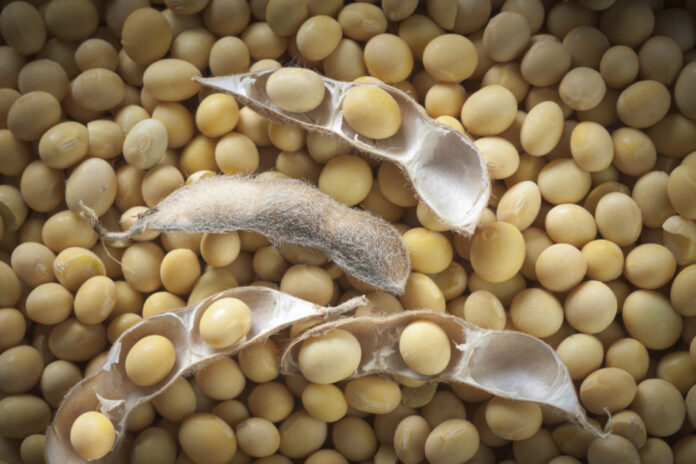 In furtherance of efforts to curb the rate of malnutrition in the country, nutrition and agricultural experts have called on Nigerians to as a matter of priority begin to produce soybeans, a nutritious food source.

According to Professor Kehinde, “Widespread and aggressive production of soybeans across the country will contribute to efforts to curb the incidence of protein deficiency in the country.” Soybeans, he explained, is a rich source of protein and other valuable nutrients. It promotes growth, repairs worn-out cells in the body and improves general health.

He noted that the report revealed that affordability and availability are key factors that determine the quantity of dietary proteins consumed by Nigerians.

He posited that if more people plant soybeans, not just farmers alone, it would directly boost the availability of high protein foods to the citizenry. “Increased production of soybeans will not only alleviate protein deficiency, but it will also aid the agricultural and livestock industries as well,” he stated.

Professor Kehinde pointed out that the recent scarcity of soybeans in Nigeria has led to the increase in prices of animal protein foods like poultry, cows and fishes, which are important food sources for a balanced diet.

He said that increasing the productivity of small-scale farmers will enhance soybean production in different communities and states in the country. He also urged the agro-allied industry to actively assist farmers in planting soybeans by providing quality seedlings and fertilizers.

Dr. Beatrice Oganah-Ikujenyo, a nutritionist and chief lecturer at the Adeniran Ogunsanya College of Education, Lagos, contended that continued reliance on a diet of staple foodstuffs that lack protein will undoubtedly result in protein deficiency.

Dr. Oganah-Ikujenyo therefore called on the government to work to increase awareness on various sources of protein available and affordable to the people and also pay attention to the growing of protein sources such as soya beans, beans and animal production.

Another expert, Dr. Adepeju Adeniran, a public health expert and national co-chairperson, Women in Global Health, Nigeria, maintained that increasing the amount of plant protein-rich foods is imperative to reducing the level of protein deficiency in the nation.

She said that eating soybeans, groundnuts, and other legumes will be largely beneficial to low-income earners who cannot afford animal protein food sources.

She revealed that the Nigerian Protein Deficiency Report 2020 was a follow-up research to a previous survey carried out in 2019 to assess and gather empirical data on the level of protein deficiency in Nigeria.

US OPENS WINDOW ON AMERICA IN OSOGBO