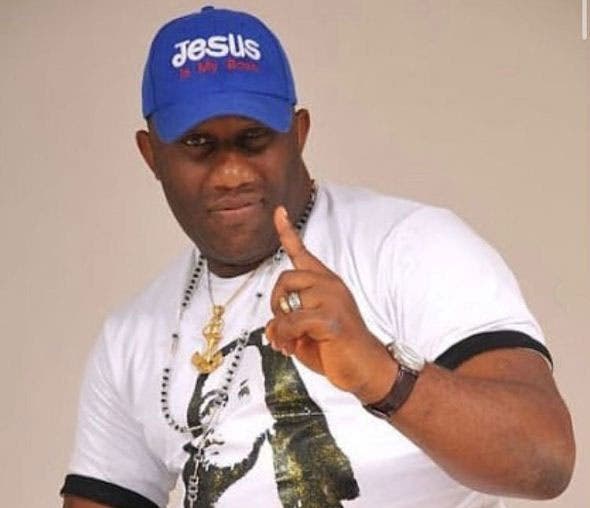 Fans of popular actor, Ernest Asuzu, on Wednesday, took to social media to slam practitioners in the Nigerian movie industry and particularly, the  Actors Guild of Nigeria, AGN, following the sudden death of the actor.

Asuzu succumbed to death on Tuesday after many years of battling depression and stroke. He was 37.

His wife, Jennifer, who announced his demise, said the actor died after he slumped and did not regain consciousness.

“On a sad note, we announce the demise of our member and colleague, Ernest Asuzu, who passed on yesterday, Tuesday, January 26.

“A reliable family source confirmed his death on the way to the hospital. On behalf of the entire members of the Actors Guild of Nigeria, the National President, Ejezie Emeka Rollas commiserate with the family and friends of Ernest Asuzu and prays that God comfort them at this moment of grief,” Rollas wrote.

His post, however, was greeted with ill-feelings among the deceased’s fans as they accused the Guild of abandoning the actor.

According to them, the guild did not come to the late actor’s rescue when he cried out for help. Recall that the news of Asuzu’s ill-health hit social media after he was down with stroke for years.

A viral video also showed him begging for alms on the roadside at Oke-Afa in Isolo area of the state.

Asuzu, however, was only supported by the wife of Anambra State Governor, Mrs Willie Obiano, who moved the actor to Chukwuemeka Odimegwu Ojukwu Teaching Hospital, Amaku, Awka, Anambra State, early last year, where he received treatment for two weeks.

The actor began his acting career in the ’90s and came into prominence after he starred in the 1997 movie, ‘Rituals’.

He was popular for his roles alongside the likes of Hanks Anuku, Jim Iyke, Emma Ehumadu and Alaso Wariboko.

The actor was the toast of Nollywood until his career nosedived after he came down with a stroke in 2015 and it affected his speech.

He was also bedridden for three years. In 2015, he announced that Jeremiah Funfeyin of Mercyland Deliverance Ministry, Warri, Delta State, healed him of stroke.

The cleric reportedly gave him a new SUV valued at about N3.5 million and N1.5 million as startup capital to help revive his career.

For eight years, Asuzu had battled depression and was rumored dead at some point.

Meanwhile, Azuzu’s demise has brought the number of Nollywood actors that have died this year to five.