Ekiti State First Lady, Erelu Bisi Fayemi has called for more concerted efforts at fighting the increasing incidences of sexual and domestic violence against women in the country.

The Governor’s Wife stated this on Thursday during a walk to commemorate the 16 days of activism against gender-based violence in Ado-Ekiti.

Speaking while fielding questions from journalists after the walk, Erelu Fayemi lamented that in spite of the existing laws prohibiting gender-based violence, Ekiti State continues to witness issues of rape, defilement and human trafficking.

She vowed that government would put all efforts to prevent the state from being tagged a fertile ground for violence against women and girl- child.

Mrs Fayemi urged the people to speak up against those indulging in such criminal act.

The rally was put together by the Gender-Based Management Committee in collaboration with the Ministry of Women Affairs and Social Development, Federation of Female Lawyers, FIDA, Civil Society Organisations such as Balm in Gilead Foundation (BIGIF), and other stakeholders in the fight against GBV.

Participants at the rally displayed placards with various inscriptions such as, “say no to women abuse”, “Ekiti stands against rape” and “say no to domestic violence” among others, to express their disapproval of rape and other gender-based violence.

Stakeholders at the rally also condemned rape and violence against women and girls in its totality. They warned that no offender should go unpunished, saying that rape, domestic violence and child abuse are crimes and must be treated as such.

The rally which commenced as early as half past eight in the morning, started from Fajuyi Park and terminated at Okeyinmi Area of the state capital.

Some of the participants include Special Advisers, Permanent Secretaries of some of the MDAs, Political Appointees both at the Federal and State level. 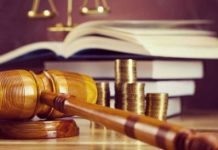 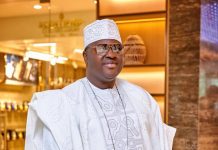