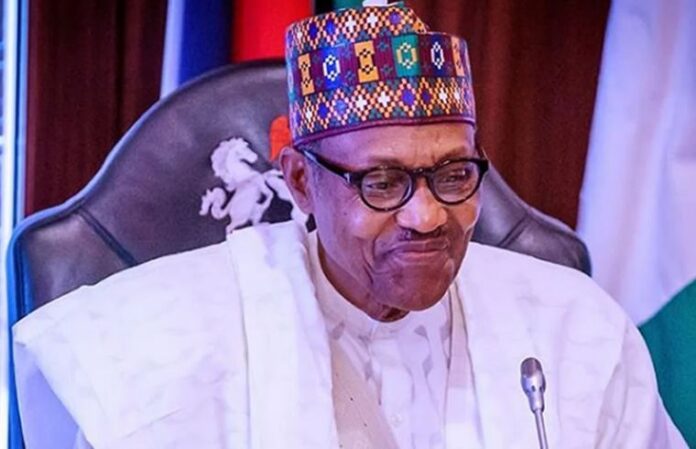 The Federal Government has borrowed a total of N1.3tn since 2017 to ensure that generation companies and gas suppliers received enough payments to continue generating electricity, the World Bank has said.

The bank said this in its ‘Resilience through Reforms’ report.

According to the report, the power sector in Nigeria will cost the Federal Government an additional N3.08tn through 2023, if current performance levels and low tariffs persist.

The report said, “To ensure that Gencos and gas suppliers receive enough payments to continue generating electricity, since 2017 the FGN has borrowed a total of N1.3tn ($4.2bn).

Even though all the six generation companies, and eleven distribution companies have been privatised, the Federal Government through the Nigerian Bulk Electricity Trading Company buys electricity from the GENCOs and independent power producers before reselling to the Discos, the bank said.

The report noted that the government, through the Nigeria Electricity Regulatory Commission, regulates tariff in the sector rather allow market forces to determine it.

It added that the Transmission Company of Nigeria was still strictly government-owned.

Nigerians pay less than the cost of production for electricity, the report said, adding that this resulted in revenue shortfall.

From 2015 through to 2019, the FG paid N1.68tn as cumulative tariff shortfall, it said, adding that because of foreign exchange depreciation and rising domestic inflation, tariff shortfalls had also been on the rise.

The bank said, “Every Nigerian who receives electricity from a Disco pays less for electricity than the cost of supplying it.

“Significant resources spent on funding tariff shortfalls disproportionately benefit the relatively wealthy who have access to the grid and use more electricity so that ultimately, a big chunk of government support goes to those who do not really need help with paying bills.”

The report said that 43 per cent of the population i.e. 85 million people lacked access to grid electricity, making Nigeria the nation with the world’s largest energy access deficit.

Access to grid electricity for the nation’s poorest (about 40 per cent of total population) is 31 per cent, it said.

According to the report, there are over 22 million gasoline generators that power about 26 per cent of all households and 30 per cent of Micro, Small and Medium Enterprises in the nation.

The World Bank said inhalation of smoke from the sets was linked to about 1,500 deaths annually.

According to the report, in 2018, Nigerians spent about N3.7tn on the purchase and operation of the generating sets.

Every year, Nigeria loses between N7tn and N10tn annually to unreliable electricity supply, the report said, adding that this was about five to seven per cent of the Gross Domestic Product of the nation.

It said Nigeria had about 12,500 MW of installed capacity, dominated by natural gas, 88 per cent, with hydro making up the rest.

In 2020, over 51 per cent of this capacity was not available due to maintenance and repair work, it said.

Of the 6,158 MW that was available, an average of just 4,087 MW was available for generation, because of both insufficient gas supply, transmission and distribution constraints, and the inability of DISCOs to purchase power, it added.

In 2020 installed capacity functioned at 33 per cent. Of the 4,087MW of generation capacity that was available, only 32,181 gigawatt hours (GWh) of electricity was generated and sent to the DISCOS.

The report said seven per cent was lost in transmission, leaving the DISCOS with 30,000 GWh, three per cent above benchmark.

According to the World Bank, distribution network losses were also quite high: The Discos delivered only 75 per cent of the electricity they received, losing 7,656 GWh to poor infrastructure and theft. Thirty-two per cent of electricity was lost during transmission and distribution.

In 2020, Discos billed 22,163 GWh of electricity to their customers (60 per cent of whom were not metered). Ideally, this should have generated N816bn in revenue for the DISCOs, but they were only able to collect N542bn as revenue, the report said.

In July 2020, the FG launched a N23tn Nigerian Economic Sustainability Plan to assuage the effect of the COVID-19 pandemic on the economy, the report recalled.

The bank said economic recovery was only possible when there was access to electricity, leading to sufficient power supply, and a financially viable power sector.

According to the World Bank, Nigeria needs to connect 500,000 to 800,000 households every year to achieve universal access to electricity by 2030.

The global bank said the government has to show real commitment to start turning around the power sector by taking the critical actions it set out in its Power Sector Recovery Programme more seriously.

It said, “The FGN has targeted reducing new tariff shortfalls from N502bn in 2020 to less than N300bn in 2021 in its PSRP Financing Plan as it moves the power sector towards full cost recovery and a fair electricity pricing policy – the transition to service-based tariff and the increased payment.

“Nigeria is a critical member of the West Africa Power Pool, the regional market launched in 2018, which can significantly improve the electricity supply not just in Nigeria but throughout all of West Africa.

“By the mid-2020s, it is expected that all 14 countries in the WAPP will be interconnected; efforts are already underway to increase the capacity of the network and to reinforce it in order to increase domestic supply and accrue the benefits of regional trade,” the bank added.

Responding to the report that N1.3tn was borrowed from 2017 to ensure that distribution companies and gas firms supplied electricity, the Federal Ministry of Power said the fund was released in two batches for gas payment and settling of collection shortfalls.

Special Assistant to the Minister of Power on Media, Aaron Artimas, told one of our correspondents that the interventions were done through the Nigerian Bulk Electricity Trading company.

He said, “In 2017 there was this intervention by the government, but it gave the money to NBET because the power generation companies were complaining that they were not being paid for the power they produce.

“And the Discos were claiming that they had shortfall in collection. So the gas suppliers were putting pressure on the government because if they were not paid, they won’t supply the Gencos.

“That was how the government came up with the first intervention of about N700bn and the second one in 2019 was N600bn. This brings the total sum to N1.3tn so that Gencos could defray the cost of gas.”

Artimas said the government took the decision following the public outcry that the sector was underperforming despite being privatised.

He noted that recently the government also intervened in the sector by providing funding for meters following complaints by consumers that millions of electricity users were unmetered.

The minister’s aide stated that the poor remittances by Discos over the years had warranted the continued intervention by government in the sector, but noted that the distributors had started recording some progress in remittances to the sector.