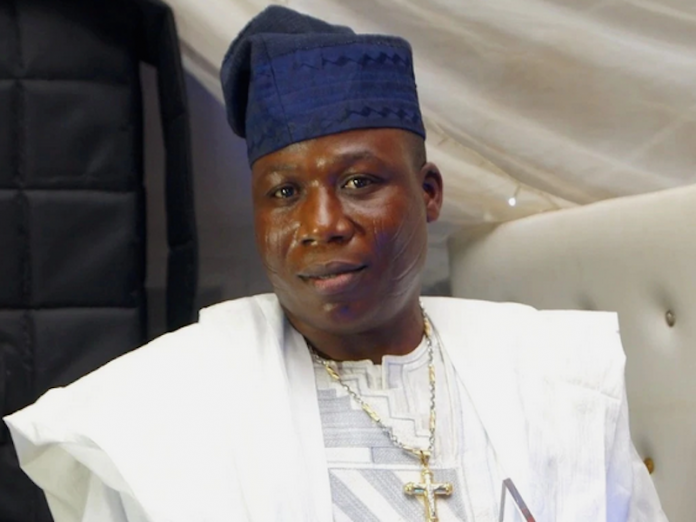 The Federal Government has said that it is making efforts to get justice in the ongoing case involving Yoruba Nation agitator, Sunday Adeyemo, popularly known as Sunday Igboho.

The government hinted that it is considering filing fresh charges against Sunday Igboho, after the judgement of the Oyo State High Court which awarded N20 billion in his favour, according to ChannelsTV.

This was made known by the Attorney General of the Federation and Minister of Justice, Abubakar Malami, to journalists at the sidelines of the United Nations General Assembly in New York United States, where he questioned the jurisdiction of the court and suggested that the government would not rule out filing fresh charges against Igboho.

Malami said, “We are doing the needful in terms of looking at the law as it exists, and then working within the context of the law in ensuring that justice is done as far as the contending issues between the parties are concerned,” he told reporters on the sidelines of the United Nations General Assembly in New York, United States.

“But then, you have to understand within the context of such obedience that there are associated rights and interests that are vested in the Federal Government – inclusive of rights of appealing against a judgement, inclusive of the right to file an application for setting aside the purported judgement and order.

“And indeed, inclusive of the possibility of filing a fresh action, if indeed the jurisdiction of the court that was alleged to have indeed handed that judgement is an issue.”

Recall that some days an Oyo state high court presided by Justice Ladiran Akintola ordered the Federal Government to pay the sum of N20 billion in damages to Igboho.

This followed the suit filed by Igboho’s lawyer, Yomi Alliyu, to challenge the legality of the invasion of his client’s house in Ibadan, and the damage done to his property and sought for N500 billion in favour of his client.

He argued that the action of the security outfit was a violation of Igboho’s fundamental right to peacefully own property and wealth.

The invasion led to the arrest of 12 Igboho’s aides, while Igboho managed to escape arrest

The AGF and DSS were respondents to the suit in which Alliyu, a Senior Advocate of Nigeria, sought N500 billion in favour of his client.

In his reaction, the minister questioned the jurisdiction of the court and hinted that the government would not rule out filing fresh charges against Igboho.

MY HUSBAND NOT AFRAID OF DEATH – DARE ADEBOYE’S WIDOW

OLAM EMERGES 2020 EMPLOYER OF CHOICE IN AFRICA AS CERTIFIED BY...

WOMAN LOCKS UP FIVE-YEAR-OLD FOR SIX MONTHS IN LAGOS