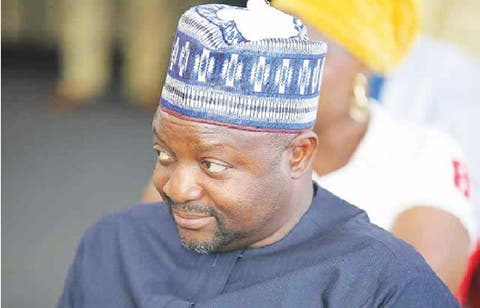 Mr. Sunday Dare, the Minister of Youth and Sports Development.

The Minister of Youth and Sports Development, Sunday Dare, has said the Federal Government was given a bill of N81 million to cut the grass at the Moshood Abiola National Stadium in Abuja.

He said this in a series of tweets on Sunday.

According to Dare, the sports ministry rejected the bill.

The minister explained that fund was not available, adding that there would be an outcry if Nigerians were told that N81 million was used to cut grass.

He tweeted, “The ministry was given a bill. The Ministry did not accept. It will be detrimental to spend such an amount. And it can be better invested.

“If we tell Nigerians we used N81m to cut grass, which is not even available, there will be an outcry.

“The funds are not really there for us and that is why we are partnering with private investors to bring back the key components of our infrastructure.”

Earlier, Report indicated that the Ministry of Youth and Sports Development

proposed to spend a total of N798.75m on various projects at the Moshood Abiola Stadium, Abuja in 2021.

This contains part of the 2021 budget which was presented by the President, Major General Muhammadu Buhari (Retd.), to a joint section of the National Assembly in October.

Report indicated in June that the Abuja stadium was in a bad state one year after it was named after the presumed winner of the 1993 presidential election, Moshood Abiola.

The breakdown of the sports ministry budget for the 2021 fiscal year which was gathered by Journalist showed that there are seven different projects to be carried out at the Abuja stadium.

While four of the projects were listed as ongoing projects, three others were listed in the 2021 budget as new projects.

The ongoing projects are rehabilitation of street lights, panels and electrical works at package A and B of the stadium which would cost N60m, construction of National Stadium Medicine and High Performance Centre with N300.75m budgeted and reconstruction of second training pitch which is expected to gulp N90m.

The last of the projects listed as ongoing is the general maintenance of the package A and B of the stadium which would cost N250m.

Listed as new projects for the 2021 fiscal year in the budget are the renovation of the indoor sports hall and gymnasium for N60m, payment of water bill for N15m and wireless access network for the stadium at N23m.