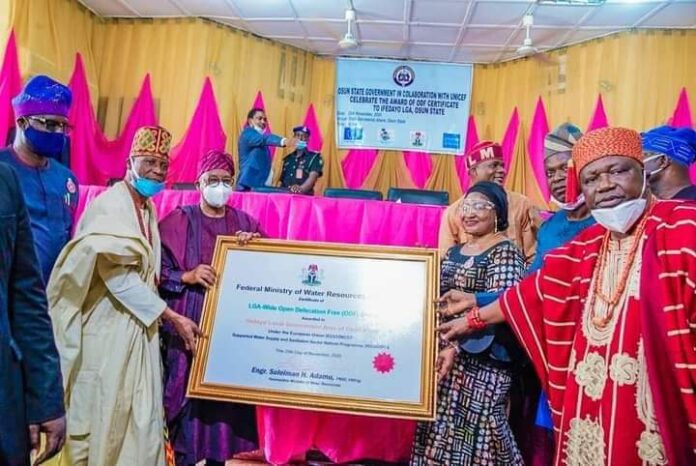 The Federal Government on Wednesday commended the administration of Governor Adegboyega Oyetola of the State of Osun for its huge investment in the health sector and for making the health of the citizens its topmost priority as manifested in the huge success the State has recorded in revamping and repositioning the sector in the last two years.

This is even as the United Nations Children’s Fund (UNICEF) presented the Award of Certificate to Ifedayo Local Government Area as Open Defecation Free (ODF) Local Government as validated by the National Task Group on Sanitation (NTGS) on October 30, 2019.

The Minister of Water Resources, Sulaiman Adamu, gave the commendation at the award of Open Defecation Free (ODF) Certificate to Ifedayo Local Government by UNICEF in Collaboration with the Office of the Wife of the Governor, State of Osun, at the Multi-Purpose Hall, Local Government Service Commission, Abere, Osogbo.

It will be recalled that Ifedayo was one of the three Local Government Areas supported by EU/UNICEF on Water Supply and Sanitation Sector Reform Programme.

The programme which ended in May last year has greatly impacted on all the benefitting Local Government Areas, attracting to them many deliverables which include provision of water and sanitation facilities to communities, schools, markets, motor parks and health centres.

Speaking at the event, Adamu, Minister of Water Resources, said the present administration in Osun had distinguished itself as one of the few States with clear vision and actualisable policies designed to reinvigorate and revive the debilitating health sector in their respective States.

The Minister who was represented by the Deputy Director (Sanitation), Federal Ministry of Water Resources, Engr. Emmanuel Eze, attributed the attainment of Open Defecation Free status by one of the Local Government Areas in the State as a testimony to the investment made to reposition the health sector.

He implored the state government not to relent in its efforts to strengthen the health sector and to build a virile and healthy society.

In his remarks, the Governor of the State of Osun, Adegboyega Oyetola, reiterated the commitment of his administration to ensuring that every citizen has access to affordable and quality healthcare delivery.

He maintained that the administration would continue to place high premium on the health of its people and regard them as the most precious resource.

Oyetola who said the health of the people remains non-negotiable to his administration, further noted that the government would continue to provide adequate, equitable and qualitative healthcare across the State, with each ward having a primary health centre for optimum health care delivery.

He expressed delight at the gains that the administration had recorded in the critical sectors, particularly in the health sector, just as he regarded the attainment of Open Defecation Free by one of its councils as a reflection of government’s commitment to repositioning the sector for the betterment of the citizenry.

While commending the Federal Government, UNICEF, EU and other partnering agencies for their timely support and prompt interventions, Oyetola said the Administration would leave no stone unturned to make Osun the best State in health delivery state in the country.

“We also instituted the Osun Health Insurance Scheme (OHIS), with a view to making all the citizens have access to better and affordable healthcare. Under the arrangement, workers pay a token as premium to enjoy health care while the vulnerable, including the needy, the poor, the aged and the disabled enjoy healthcare at no costs.

“I would like to express huge appreciation to UNICEF and the European Union for their tremendous intervention in the Water Supply and Sanitation Sector Reform Programme and consequently the campaign against open defecation in Osun.

“One of the milestones that the reform programme has brought is what we are witnessing today, the celebration of Open Defecation Free Status in all the major towns and cities of Ifedayo.

Earlier, the Wife of the Governor, Mrs. Kafayat Oyetola, expressed delight at the attainment of Ifedayo as Open Defecation Free Local Government Area in the entire Southwest.

She added: “It is still on record that we are the only State in the Southwest Nigeria which has consistently been working in getting rid of open defecation and with the results showing.

“Today, we have Ifedayo as a performance record. I am happy to say that work is advanced in two other local government areas. We hope they will join Ifedayo as one of the areas that are free of open defecation practice in Osun. I thank our people for your commitment to this campaign”.

In his remarks, the Chief of Field Office, UNICEF, Akure, Dr. Tushar Rane, commended the administration of Governor Oyetola for prioritising the health sector in the State.

Rane who was represented by a top official, UNICEF, Akure Field Office, Mr. Alah Ibeagha, attributed the landmark achievement of the State in the health sector to the consistent efforts of the government to build a healthy state and disease-free society.

Congratulating the State government on the rare feat, Rane noted that the laudable achievement by Ifedayo council puts Osun State in the limelight as the State with the first Open Defecation Free (ODF) LGA in the Southwest Nigeria.

“I want to thank the Governor and all the Executive Council members for their support in making this a reality as UNICEF is part of the success story having supported the implementation of Water, Sanitation and Hygiene (WASH) interventions in 3 LGAs (Ayedaade, Odo-Otin and Ifedayo) in Osun State through the Water Supply and Sanitation Reform Programme (WSSSRP ll).

“It is an honour to join you today to share in your joy as the first local government in the entire Southwest Nigeria with a 100 percent validated Open Defecation Free status in all its communities. This remains a landmark feat not just for Ifedayo, but also for Osun State as a whole, Nigeria and UNICEF.

“Today, all communities in the Local Government Area had been certified and validated Open Defecation Free (ODF). The validation of ODF communities in Ifedayo LGA was done in October 2019 by the National Task Group on Sanitation (NTGS) which is made up of the Federal Ministry of Water Resources and other sector players”, he added.

He reaffirmed the commitment of his government to continue to support things that would scale up the campaign for health living and general wellbeing of the citizens. 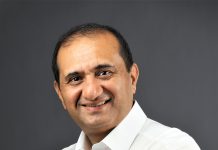 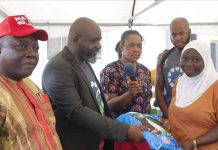 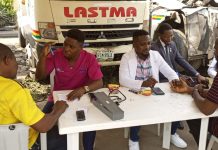