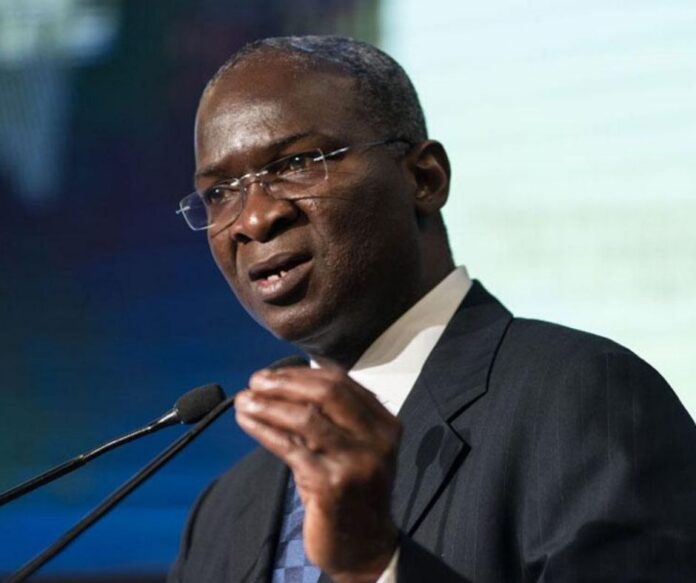 The Minister of Works and Housing, Babatunde Fashola, has said the Federal Government will require a minimum of N500 billion annually over the next three years, to develop its 35,000 kilometres network of roads.

He said work is currently ongoing on only 13, 000 kilometres of the nation’s federal roads.

Fashola said this in Abuja, on Tuesday, while speaking to journalists covering the activities of the All Progressives Congress.

The minister explained that if successive administrations had shown the kind of commitment the regime of the President, Major General Muhammadu Buhari (retd.), was showing towards the development of the road infrastructure, most Nigerian roads would have been the better for it.

Fashola said, “I think that a minimum of half a trillion every year over the next two, three years will be a strong support to really advance and complete as many as the 711 contracts.

“Again, people are mistaken what I said about 711 contracts to mean roads. No. For example, from Lagos to Ibadan expressway we have one road but two contracts, one with JD, one with RCC.

“On Benin/Lokoja we have one road but we have five contractors. So, the totality of those contracts are made of 711 different contracts on many roads across the country and the total road network now under construction or rehabilitation is little over 13,000 kilometers in different stages of repairs out of total Federal network of 35,000 kilometers.“

He explained that the administration inherited a number of roads which it resolved to complete as many as possible before the end of its tenure in 2023.

According to him, some of roads being rehabilitated were started in 2007, some in 2006 and others are even older.

Fashola also said it was important for Nigerians to stop the abuse of roads.

He noted that each road has a carrying capacity but that most Nigerian roads were made to carry more weight than they were originally designed for.

Tackling Security Challenges in the Aftermath of #EndSARS Protests in Anambra...