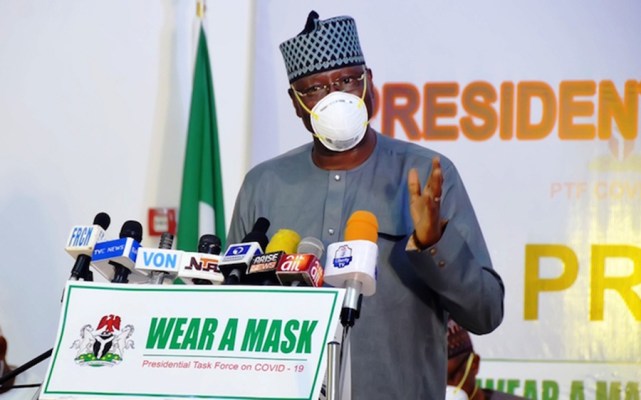 The Federal Government has announced December 1, 2021, as the deadline for civil servants to take their Covid-19 vaccine.

This is as the Nigerian government has also revealed that it has removed South Africa, Brazil and Turkey from the list of countries where travellers have been restricted from coming into the country due to the Covid-19 pandemic.

This disclosure was made by the Chairman of the Presidential Steering Committee (PSC) on Covid-19, Boss Mustapha, who announced this during a press briefing about the activities of the committee on Wednesday in Abuja.

Mustapha, who is also the Secretary to the Government of the Federation (SGF) said, “With effect from 1st December 2021, Federal Government employees shall be required to show proof of COVID-19 vaccination, or present a negative COVID-19 PCR test result done within 72 hours to gain access to their offices in all locations within Nigeria and our Missions.

“An appropriate service-wide advisory/circular will be issued to guide the process.’’

Mustapha explained that the government took the decision to lift the ban following an emergency meeting held before the briefing.

He also commended the United Kingdom for reviewing its travel protocols which allowed fully vaccinated travellers from Nigeria to get into the country without having to self-isolate after their arrival.

He said, “Over several months, four countries were placed on high-level restriction for travellers from such countries.

“The PSC has after a review of the developments in these countries, decided to remove South Africa, Turkey, and Brazil from the restricted list.

“As you are aware, the UK has eased restrictions on fully vaccinated travellers from Nigeria to the UK with effect from 11th October. Nigeria welcomes this development and assures that the PSC shall continue to review Nigeria’s protocols based on global developments, science, and national experience. A revised protocol will be issued in the next 24 hours.”

Mustapha warned Nigerians to be vigilant during the forthcoming 2 major religious festivities, Salah and Christmas, noting that there would be increased passenger traffic in and out of the country coupled with the possibility of large gatherings.

Mustapha, who said the PSC would escalate surveillance and other control activities, urged the states and all Nigerians to increase their vigilance.

Recall that the Federal Government had earlier announced the outbreak of the third wave of the coronavirus pandemic across the country with a spike in infection rate.