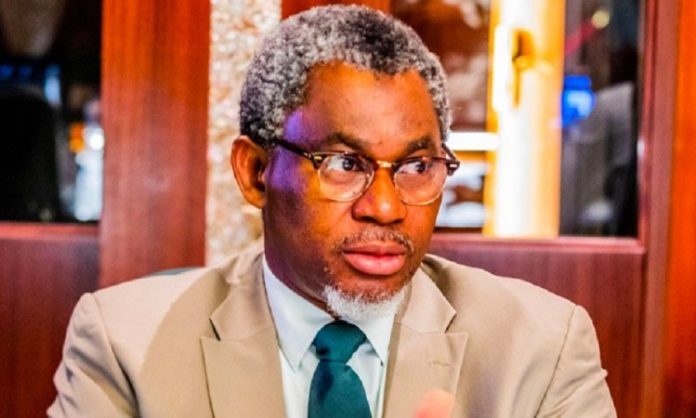 The Federal government has concluded plans to concession its bitumen reserve of 42.74 billion metric tonnes in order to stop the over-reliance on imported bitumen for domestic road construction.

This was disclosed by the Minister of Mines and Steel Development, Mr Olamilekan Adegbite, while briefing the newsmen on the concession of delineated bitumen blocks on Monday in Abuja.

According to NAN, Adegbite said that the concession of the bitumen became imperative as Nigeria ranks sixth in the world in terms of reserve size, but still depends on importation for the construction of its roads among others.

Adegbite pointed out that Nigeria’s population is growing and as such will lead to increase in the demand for road infrastructure as well as put additional strain on the current road network, resulting in higher demand for asphalt for construction and maintenance.

He said, “Bitumen is crucial component of asphalt that is used in road construction, Nigeria currently has 200,000 km of road networks with only 60,000km worth of road paved.

“We have a total bitumen reserve size of 42.74 billion metric tonnes, which has remained unexploited for years.

“Nigeria population is projected to reach 400 million in 2050, up from the present estimate of 203 million, given the population growth rate of 2.5 per cent.

“The World Bank projects that Nigeria’s current urbanisation rate of 52 per cent will increase by four per cent annually.

” 90 per cent of goods , such as food and building materials are transported by road to meet demand of the rising population and it will put strain on the current road network.’’

The minister said that to ensure that the bitumen are fully harnessed for industrial and infrastructural development, the ministry constituted a 9-member Ministerial Bitumen Development Committee on January 31, 2021 to conduct inventory.

He said, “An important part of the committee’s recommendations was to finalise the process of engaging a “Transaction Advisor” to ensure the concession process is open, transparent and in accordance with global best practices.

“The ministry issued a letter of award on Nov.11, 2021 to PricewaterhouseCoopers (PwC) to act as its Transaction Advisor and Programme Manager for the concession of the bitumen  block to potential investors.

” In continuation of our efforts to create awareness, the ministry in collaboration with the PwC will embark on a sensitisation workshop and investor conference which will hold soon.

“The event will include a media launch and a technical working session and the event will help the ministry to pitch the bitumen investment opportunity to potential local and foreign investors both in person and virtually.’’

The minister noted that the concession would not fail like the previous bitumen concessions made in 2002 and 2005 that were revoked due to the failure of the concessionaires.

Nigeria has one of the largest deposits of bitumen natural sands in the world, with huge deposits in states like Edo, Ondo, Ogun and Lagos.

The Federal Government has been pushing for private sector participation and investment in local bitumen production to meet the local demand in the country, saying all necessary incentives would be provided to make this happen.

The Nigeria Extractive Industries Transparency Initiative (NEITI), had in August 2020, reported that over N300 billion worth of bitumen was estimated to be imported yearly into the country.