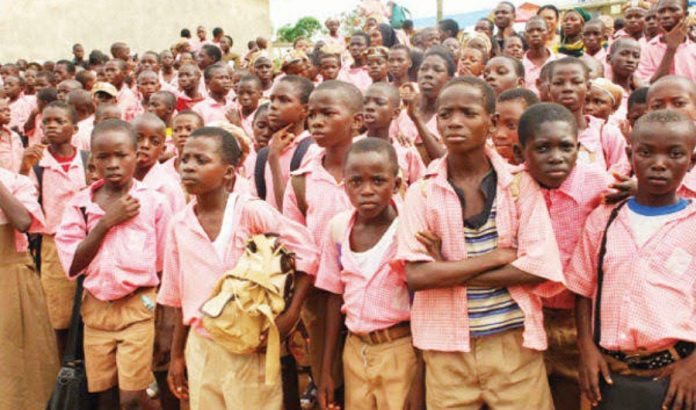 The Federal Government has stated that it plans to increase funding for the basic education sector from 2% to 3% from its Consolidated Revenue Fund.

This was disclosed in a statement on Sunday by Mr David Apeh, Head, Public Relations and Protocol, Universal Basic Education Commission (UBEC).

He revealed that the proposal was initially made last week by the Director, Basic Education, Federal Ministry of Education, Dr Folake Olatunji-David, in Benin at a meeting of UBEC Management with Executive Chairmen of State Universal Basic Education Boards (SUBEBs)

Olatunji-David said that the 1% increase would be invested in the senior secondary school education segment.

She added that the FG would support existing institutions while establishing new ones to accelerate production of trained manpower for the different sectors of the economy.

“The President Muhammadu Buhari’s administration is committed to ensuring that these interventions have long lasting dividends to empower and enlighten the Nigerian child,” she said.

She also urged SUBEBs’ executive chairmen to work in synergy with the Minister of State for Education, private proprietors, other non-state actors and NGOs,

Meanwhile, the Executive Secretary of UBEC, Dr Hamid Bobboyi, said the commission is committed to ensuring equitable and quality basic education for all children of school age and would not relent in its efforts, adding that the success of basic education in Nigeria relies on proper planning and effective implementation.

Report in September stated that The Nigerian Senate ordered all Federal Government funded Ministries, Departments and Agencies (MDAs) to remit 100% of the internally generated revenues to the Consolidated Revenue Fund (CRF).

The order was given by the Chairman, Senate Committee on Finance Sen. Solomon Adeola at the public hearing with revenue-generating agencies on the 2022-2024 Medium Term Expenditure Framework (MTEF) and Fiscal Strategy Paper (FSP).

MONEY LOST TO CORRUPTION CAN PROVIDE AFRICA UNINTERRUPTED ELECTRICITY FOR 3...

NO CASE OF DEFILEMENT AGAINST BABA IJESHA, POLICE MAY RELEASE HIM...