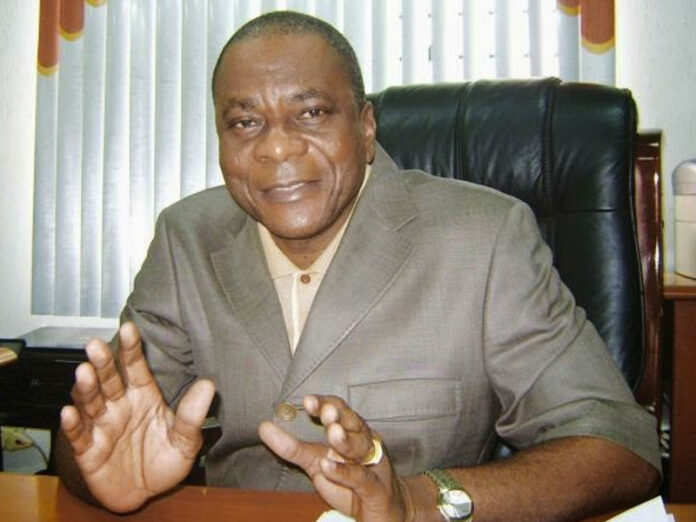 To ensure the drive by the federal government to boost exports succeeds, the government has been urged to simplify the process through the removal of factor associated with delays, multiplicity of product inspection and the high cost in export process.

Customs agents in the country who made this call in a petition to President Muhammadu Buhari also advised the government to streamline terminal and shipping companies charges in line with international best practice to make Nigerian products compete favorably in international market.

The agents in the petition signed by the National President of the National Council of Managing Directors of Licensed Customs Agents (NCMDLCA), the umbrella body of customs agents in Nigeria, Lucky Amiwero said one-stop–shop process on export would reduce the bottlenecks of lengthy and cumbersome process, high cost and international reject of Nigerian produce.

According to the agents, “The duplication on process and cost on same product should be streamlined, and discountenance with and the duplicity of test, Pre-shipment and harmonized procedure to reduce cost of clearance.

“Our import, export, Regulatory and transit procedure is encountered with lengthy, cumbersome procedure that is associated with unnecessary delays, high transaction cost and increase of cargo dwell time, which makes our port the most expensive in the globe based on verifiable statistical information.”

They added, “The reform to our import, -export, and Transit procedures, is to implement an integrated set policies and procedures that is globally accepted, which will ensure effective Trade Facilitation by the reduction of transaction cost, cargo dwell time and ensures safety and security of the process.”

“The three scanning companies, Cotecna, SGS, and Global Scan entered into contract for the provision, installation, operation and management of X-Ray scanning machines and computerised management for examination of goods on Build, Own, Operate and Transfer (BOOT) for A period of 7 years from 2006 to 2012 extended for six months, which ended in June 2013.

“The federal government subsequently entered in to transition contract agreement, with the service provider on the 1st July- 30thNovember for transfer of the scanners to Nigeria Customs Service (NCS) with the constitution of the transition.

Implementation committee on destination inspection scheme by the then Coordinating Minster of the Economy and Minster of Finance on the 5th of July, 2013, with specific mandate to ensure a seamless transfer of functional scanners from the service providers to Nigeria Customs Service. We called on the government to revisit this and take actions where necessary.”

The agents added that the provision of the port (related) offences etc., Act 61 should be implemented and enforced by the federal government, in order to reduce the multiplicity of agencies in the port in line with global practice, reduce transaction time and the cost of clearance from the ports.

Nigerian Cargos, they added, are moved to other West African ports as a result of inefficient port system and draught level, which cannot accommodate Mega ships with 8000-20000 TEUs.

“Port of Lome have advantage of Draft up to 15.5m, Cotonou Port Draft at 15.m, Ghana Tema port is for expansion at $1.5 dollars estimated draft of 19m and Cameroon (IRIBI) container terminal with 16m draft, while Nigerian Port is still under 13m Draft, which allows most Nigeria shipment to be transshipped though these port.

“Therefore, the Nigeria concept of Deep/sea and transshipment center must be designed to accommodate Large E-Class Vessels/Mega ships of 8000-20000 TEUs, which meets up with regional demand.

“Port inefficiency that is associated with unwholesome practice manipulated delays by providers of shipping service and other government agencies that resulted to high demurrage/ rent, high transaction cost should be addressed urgently due to massive diversion and preference to other neighboring West African Ports,”Amiwero said.