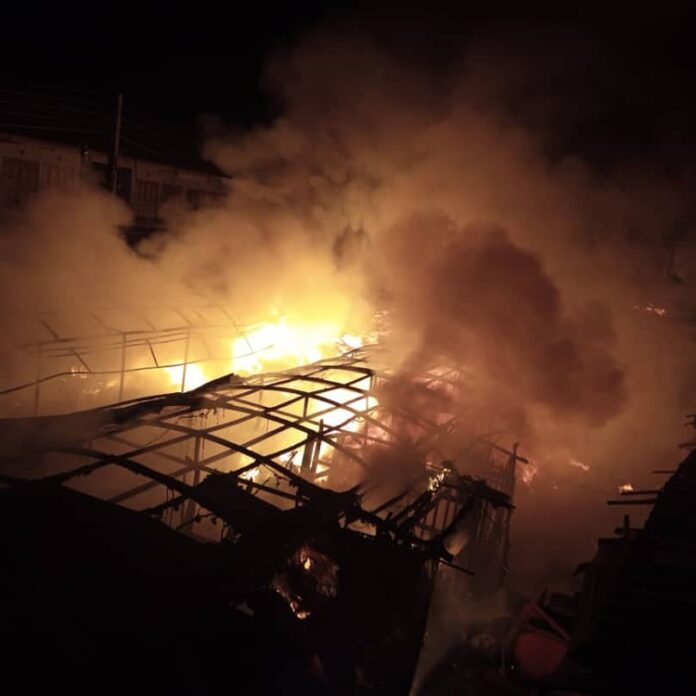 Fire has gutted a section of the Cairo market in Oshodi-Isolo LGA of Lagos state.

TheCable understands that the fire started around 8pm on Thursday, and affected the fabric section of the market.

The cause of the inferno was not known as of the time of filing this report.

Goods worth millions of naira have been reportedly razed as many of the shops were affected by the fire.

Meanwhile, officials of the fire service and Lagos State Emergency Management Agency (LASEMA) have been mobilised to the scene to contain the outbreak.

According to LASEMA, “the Eagle Squad and the Fire Unit were immediately activated to the fire outbreak”.

“Consequent upon arrival at the scene, it was discovered that some key clamp shops were engulfed with fire. The cause of the fire could not be ascertained as at the time of filing in this report,” the agency said.

“Fortunately, no record of loss of lives but goods worth fortune were lost to the inferno.

“The LASEMA Response Team, its Fire Unit and Lagos State Fire and Rescue Service have been able to [prevent] the fire from escalating further.”