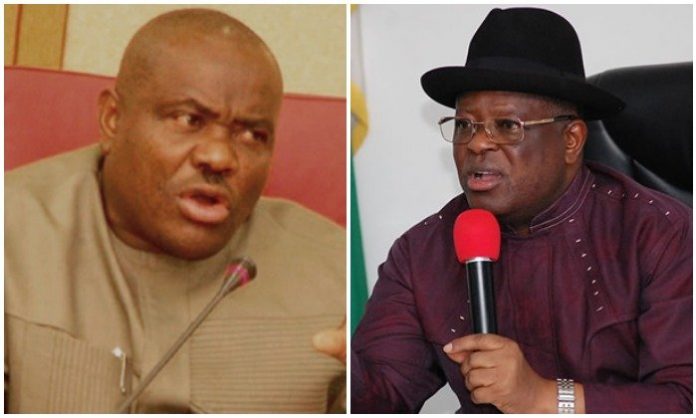 Ebonyi State Governor David Umahi says the state is not in support of Rivers, Lagos  and other states in their moves to collect Value Added Tax.

Umahi stated this at a dinner organised in honour of a former Chief of Army Staff and Nigerian Ambassador to the Republic of Benin, Amb. Tukur Buratai, on Monday night.

Umahi said Ebonyi was solidly and would continually throw its weight behind the Federal Inland Revenue Service’s collection of VAT.

Speaking at the dinner held at the Governor’s Lodge, Centenary City, Abakaliki, Umahi reiterated that state would not support any of the states collecting VAT, adding “Evil will continue to thrive if good people keep quiet.”

He said, “We must make Ebonyi State very exceptional by rising to the challenges. When we shout true federalism, I say, I agree; but it should be administrative restructuring.

“Ebonyi State is not in support of any state collecting VAT. We are in support that FIRS should continue to collect tax and share.”

While urging the country’s leaders to speak up against dissenting voices that were capable of polarising the nation, Umahi stressed he was open to debate with any governor from the stable of the Peoples Democratic Party, who felt he had delivered more democracy dividends to his people than the APC-led administration in Ebonyi State.

“People are taking special interest in Ebonyi State and her Governor, positively and negatively; but it is very important to be in the news than for you to say there are 36 states, you will name 35 and say what is the other state?

“We have aborted it; we are now a state to reckon with and we have no apologies.

“When I say I have no apologies, you can talk everything about me but you can not say we have not delivered and so when people open their mouths in PDP to talk about APC, they should know that I belong to APC and if they like, let PDP offer any of their best Governors to come for debate with me and I will defeat any of them; it’s not just to be talking and talking. You don’t sit on people’s sweat and resources and be talking nonsense.

“We have no regrets taking our people to the centre. We have always played at the centre. We are not playing party politics, we are playing politics that will be an advantage to our people, criticise me; no problems. But we need resources, we need friendship with the centre,” Umahi stated.