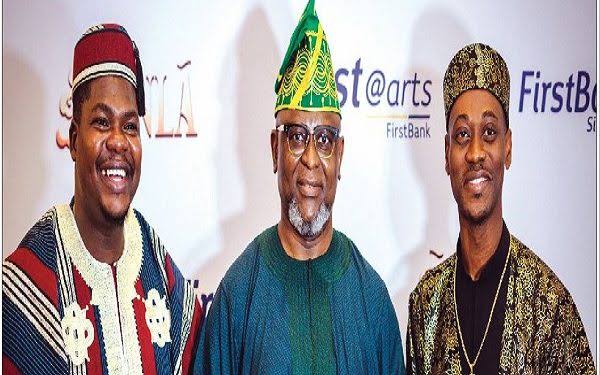 Following the premiere of the latest movie in town, ‘Ayinla’ being coproduced by veteran cinematographer, Tunde Kelani and Jade Osiberu, MD/CEO of First Bank Nigeria, Adesola Adeduntan explained why the bank decided to bankroll the movie.

During the chat Adeduntan explained the bank’s resolve to sponsor socio-cultural initiatives in the creatives and arts industry.

He said, “Over time, we have been involved in the sponsorship of several socio-cultural initiatives in the creative arts industry like Moremi, Mokalik, Oba Esugbayi stage drama, October 1, and the Calabar Festival.

“Even in the music industry, we have supported and sponsored artistes like Davido, Burna Boy, and a host of other reigning stars. Importantly, the Bank’s sponsorship of ‘Ayinla’ affirms the bank’s support for the development of arts in Nigeria under ourFirst@arts initiative.

On Sunday, June 13, the bank joined other brands to participate in the premiere of ‘Ayinla’ at the EbonyLife Place. The premiere had film stars like Kunle Afolayan, Kunle Remi, Mr. Macaroni, Femi Branch, Toyin Abraham, Mercy Aigbe, Omowunmi Dada, Bimbo Ademoye, and Big Brother Africa’s Tayo Faniran, amongst several others in attendance.

The highlight of the event was when First Bank handed a cheque of N500,000 each to actress Osas Ighodaro and actor Akah Nnani for being the best-dressed female and male respectively.

The movie, ‘Ayinla’, appeals to a multifaceted audience that cuts across fans of highlife and Afrobeat music, the youth, and the elite Yoruba demography. It is about the life and times of late Nigerian musician, Ayinla Omowura who made fame with his Apala music laced with wisdom, grit, and yabs.