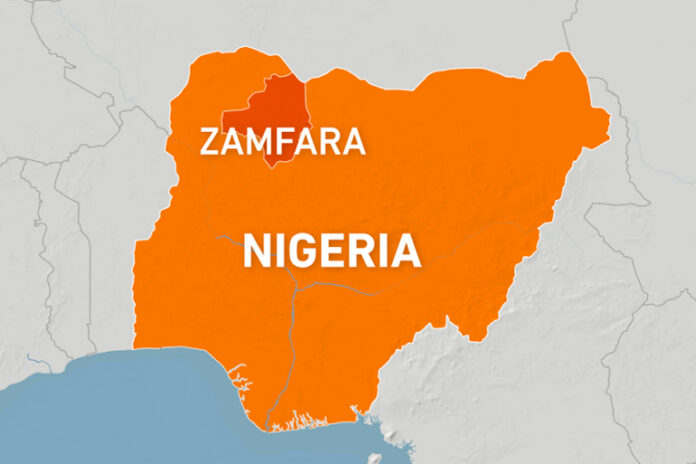 Gunmen have killed five worshippers and kidnapped 18 in an attack on a mosque during prayers in Zamfara state, police said Sunday.

Around 100 cattle thieves on motorcycles opened fire on a Muslim congregation in remote Dutsen Gari village in Maru district as residents were observing the weekly Friday prayers.

Residents however said more than 30 worshippers were abducted.

“The gunmen attacked the mosque while the imam was delivering the sermon and took away more than 30 people,  including the imam, after shooting dead five worshippers,” one resident, Ibrahim Altine, told Journalist.

Northwest Nigeria is a hotbed of criminal gangs who raid villages, stealing cattle, kidnapping for ransom and burning homes after looting food supplies.

The gangs maintain camps in the Rugu forest which straddles Katsina, Zamfara, Kaduna and Niger states from where they launch attacks.

Troop deployments and peace talks with local authorities have failed to end the attacks.

Unlike Boko Haram jihadists, the criminal gangs have no ideological leanings, but concerns are growing that the jihadists are gradually infiltrating the gangs.

MY DAD WAS A RARE GEM, SAYS TONY MOMOH’S SON