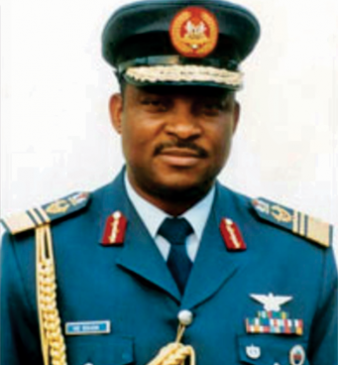 Eduok passed on yesterday evening after months of protracted illness at the Multi-Specialty Hospital in Uyo.

His death comes barely one week after the death of the first indigenous military Governor of Akwa Ibom State,  Air Commodore Idiongesit Nkanga who died from Covid 19 related complications.

Air Marshal Nsikak Eduok, the 12th, Chief of Air Staff, was born on July 11, 1947, at Mbak, Akwa Ibom State. He had his early education in Uyo after which he worked briefly with the Voice of Nigeria(VON) as Studio Manager.

He enlisted into the Nigerian Air Force on August 1, 1958 as a potential Pilot.

Nsikak Eduok, was the only Service Chief ever produced by Akwa Ibom State.