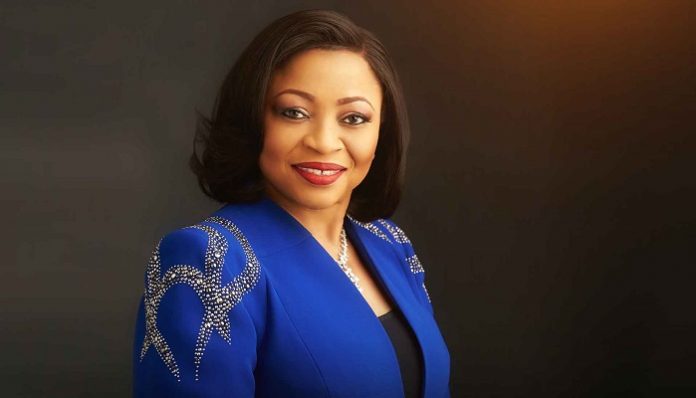 Hardly would you find a list of Nigeria’s richest entrepreneurs without the name – Folorunsho Alakija popping up.

Several rankings have acclaimed her to be the richest woman in Nigeria, and the 2020 list of Africa’s Billionaires places her at 20th position in Africa.

Though most public knowledge attributes her wealth to her interests in the oil sector, Alakija also has interests in other sectors like fashion and real estate.

She was born on July 15, 1951, to Chief L.A. Ogbara, of Ikorodu, Lagos State. It was quite a large family and Folorunsho had lots of siblings.

She started her nursery schooling at Our Ladies of Apostles, Lagos from 1955 to 1958, and at the age of seven, she travelled to the United Kingdom to attend Dinorben School for Girls in Harfodunos Hall, Llangernyw, Wales.

She returned to Nigeria in 1963 for her secondary education in Sagamu, Ogun state before returning again to London for her Secretarial studies at Pitman’s Central College.

At the time, it was quite commonplace for females to opt to study along the secretarial lines, Tourism and hospitality or Fashion designing.

In addition to her Secretarial studies, Folorunsho went to the American College, London and the Central School of Fashion for a degree in Fashion Designing.

Now qualified as a secretary and fashion designer, Folorunsho returned to Nigeria to work. She started out as an Executive Secretary at Sijuade Enterprises in Lagos, in 1974.

Next, she worked as the Executive Secretary to the Managing Director with First National Bank of Chicago, which was renamed FinBank and later acquired by First City Monument Bank (FCMB).

Briefly, she held the position of Office Assistant to the Treasury Department, and Head of the Corporate Affairs Department.

After spending some years in banking, Folorunsho decided to start her fashion design company, Supreme Stitches. She worked hard at it to set the brand in motion, and the name was later changed to Rose of Sharon House of Fashion.

Later, in September 1991, FAMFA Oil Limited was incorporated and in 1993, Alakija was granted an Oil Prospecting License (OPL) on OPL 216, a 617,000-acre oil block located in the Agbami Field of the central Niger Delta.

Three years later, she entered a joint venture agreement with Star Deep Water Petroleum Limited (a wholly-owned subsidiary of Texaco). She went on to appoint Star Deep Water as technical adviser for the exploration of her license and transferred 40% of her 100% stake to the company.

Star Deep ceded 8% of the 40% to Petrobras, thus bringing in even more players. It was no surprise, therefore, that they succeeded in their exploration and soon grew to become one of the largest indigenous exporters of crude oil in Nigeria.

Alakija dived into other interests like printing and real estate. The Rose of Sharon Group consists of The Rose of Sharon Prints & Promotions Limited, Digital Reality Prints Limited and Famfa Oil Limited where she is the Executive Vice-Chairman.

Her real estate interests are in the DaySpring Property Development Company, where she has majority stakes.

After some years of exploring, they struck oil in the OPL 216. As soon as the news went public, the government swooped in and snatched a 40% stake, and soon after, another 10% stakes of the oil bloc.

The argument from the government was that if they allowed Alakija keep all those shares, they could be making as much as $10 million daily.

For more than a decade, Folorunso Alakija fought the government in court, refusing to let it go.

“We felt like it was unfair. We had taken the sole risk and invested everything we had in the business. It had become a family business. We spent six years as a family to ensure this worked out and now that it was bearing fruit.

They just stepped in and took away everything we had struggled and worked extremely hard for. I said to myself, ‘Folorunsho Alakija does not give up, my husband does not give up and my children do not give up’” she later said of it.

In the end, they won the case and got back the stakes from the government.

She has received no less than 8 Honorary Degree Awards from Universities in Nigeria and the United States of America, the most recent being the one she received from Benson Idahosa University, Benin City on the 17th of July 2021.

She became the first female chancellor in Nigeria in 2016 when she was appointed Chancellor of Osun State University in March 2016.

The Rose of Sharon Foundation is one of the avenues through which Alakija helps and empowers widows and orphans through scholarships and business grants.

Folorunso Alakija is also the sponsor of the Agbami Medical and Engineering Scholarship Scheme, where over 1000 beneficiaries are awarded scholarships annually. She has also donated a skills acquisition centre to the Yaba College of Technology.

WE WILL FIND YOU, FORCE YOU TO RETURN DOLLARS BOUGHT ON...