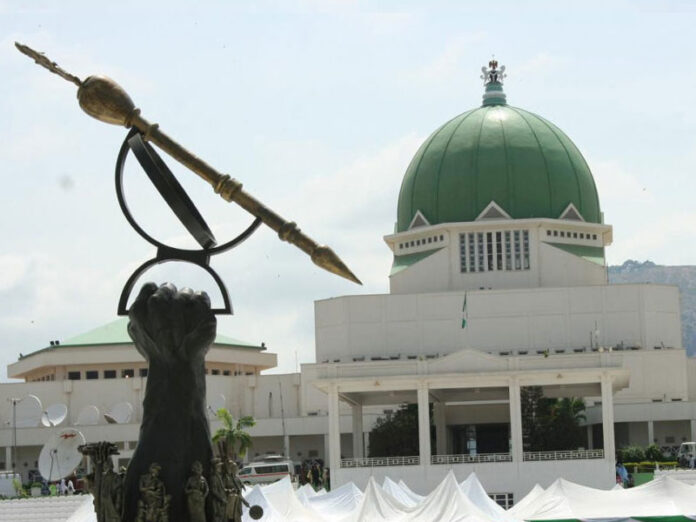 The setting up of the committee was sequel to a 21-day ultimatum by the Parliamentary Staff Association of Nigeria (PASAN), who threatened to embark on strike if their demands were not met.

While inaugurating the Committee Olatunde said that the management would continue to make staff’s condition of service and welfare a matter of priority.

The Special Adviser to the CNA on Media and Labour Matters, Austen Adesoro, who disclosed this in a statement in Abuja, said that the nine-man panel, chaired by the Secretary, Human Resources and Staff Development, Elder Felix Orunwese,

was set up by management in order to attend to issues of welfare raised by staff.

The statement quoted the CNA to have said that the National Assembly’s management would do all within its powers to ensure that staff get what is due to them on a proactive basis.

He stressed the need for dialogue as a pragmatic panacea to the situation on ground instead of unnecessary agitations.

He noted that the management under his leadership, upon assumption of duty, had on its own volition and without threats, paid three separate allowances to staff, namely: leave bonus, legislative duty allowance (LDA) and end of the year bonus.

He said that the management also ensured the prompt release of its promotion list.

Olatunde added that the National Assembly management has concluded plans to provide staff buses to ease staff transportation, especially in the face of the challenges posed by the COVID-19 pandemic.

The CNA said: “You will agree with me that this historic meeting is actually called to demonstrate our commitment and passionate desire to make your Condition of Service (CoS) a continuous priority.

“I want to say it loud and clear that we shall never rest on our desire to make all staff of the National Assembly very important always, because of the high value management places on you.

“This proactive dimension we have tailored out informed the inauguration of the Committee on the Implementation of the Condition of Service which shall continuously be used within the National Assembly under our watch.”

The CNA however tasked the committee to be committed to the terms of reference which include: “To work out modalities towards further sustainable implementation of the condition of service and other related welfare matters.

“To cost each of the allowances and present a feasible timetable for a staggered implementation.”

Olatunde also advised the staff not to allow themselves to be used to foment unnecessary trouble as this would not augur well for the stability and image of the National Assembly.

Chairman of PASAN, National Assembly Chapter, Mr. Sunday Sabiyi, in his remarks, said that the pending staff welfare issues that needed to be urgently addressed include non-payment of 22 months minimum wage arrears.

HOW NIGERIANS ARE COPING WITH THE HIGH INFLATION RATE

11 HIGHLIGHTS OF THE ELECTORAL ACT AMENDMENT BILL SIGNED INTO LAW...