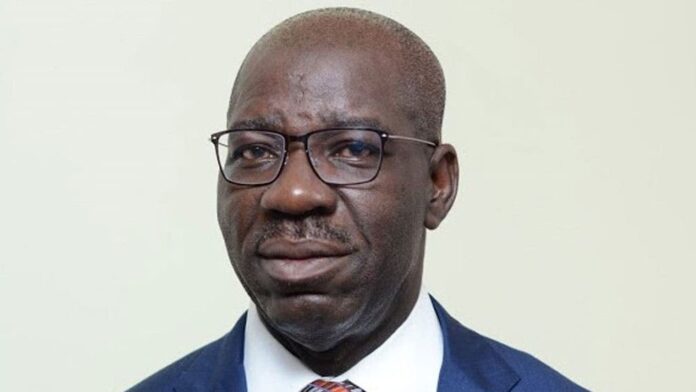 The University of Ibadan, yesterday, confirmed to the Federal High Court in Abuja, that it issued a Bachelor of Arts certificate to Governor Godwin Obaseki of Edo State, in 1979.

The University, which was summoned through a subpoena, said it was not true that Obaseki forged the certificate he attached to Form EC9 (Nomination Form), which he submitted to the Independent National Electoral Commission, INEC, for the purpose of the gubernatorial election that held in Edo State on September 19, 2020.

The school, which appeared as the second witness, DW-2, on the day Obaseki opened his defence to the certificate forgery suit the All Progressives Congress, APC, instituted against him, was represented by its Deputy Registrar Legal, Mr Abayomi Ajayi.

Ajayi said he was in court on the strength of the subpoena that was served on the Registrar of the University. The subpoena was admitted in evidence and marked as Exhibit D6.

Asked under cross-examination to confirm that the copy Obaseki attached to the nomination form he submitted to INEC was forged, the witness said: “I will not regard it as forged, but I will regard it as an incomplete photocopy.”

He said: “This is because the certificate issued by the University is larger than the paper size on which the photocopy was done. In the process, the date of issue and signature of the Registrar, S.J. Okudu was cutoff, likewise the signature of the then Vice Chancellor, Prof Tekena Tamuno.”  The witness told the court that the Minister of State for Education had earlier forwarded Obaseki’s certificate to the school for verification.

He said demonstrations the school carried out, revealed that some part of the certificate was cutoff, owing to the size of paper that was used.

He tendered three different versions of a Bachelor of Arts degree belonging to another student, which the school photocopied in A3, A4 and A5 papers, to buttress the point.

Though counsel to the plaintiffs, Chief Akin Olujimi, SAN, opposed the admissibility of the photocopied certificates on the premise that they were neither pleaded nor front-loaded by Obaseki, but the court went ahead and admitted them in evidence as Exhibits D13, D14 and D15.

The court held that reliance on the Exhibits in its judgment would be subject to objection the Plaintiffs would raise in their final written address.

UNDER PRESSURE FROM ‘IGBO GREATS’, BUHARI PLEDGES TO CONSIDER AMNESTY FOR...

THE TECH STARTUPS, VENTURE CAPITALISTS AND THE RACE FOR TECH SOLUTIONS~...