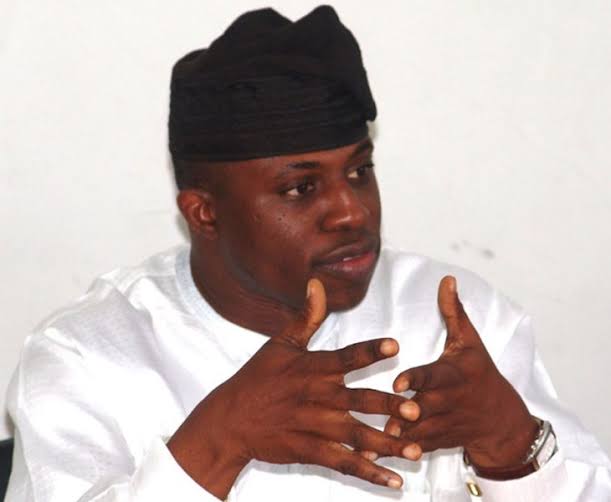 Having held sway as the youngest speaker in the history of Nigeria, RT. Hon Dimeji Bankole, has indeed witnessed immense favour and grace from his creator, attaining a feat that was uncommon for his age at that time.

Dimeji at age 37, assumed the office of the Speaker of the House of Representative, against all odds, after the first female speaker, Patricia Etteh was ousted from office, due to an alleged series of corruption and mismanagement.

During his tenure, he was indeed powerful, his baritone voice shrouded the house in excitement, his charisma carried a stamp of authority in the house, as he enjoyed massive support from his colleagues.

However, his political misfortune started in 2011, when he failed to secure a return into the green chambers. He was defeated with a landslide victory by the opposition. Ever since the shocking defeat, Bankole had remained stagnant politically.

His once large political influence was cut off like a cable.According to sources, Dimeji was hit hard to the bones. He was shocked by the unexpected defeat.

“He felt he deserved to be re-elected, but his constituents spoke through the ballot. They openly told him he will not return as their representative.

They claimed as a speaker of the house, his emergence did not develop his constituency, his impact was not felt in project and representation. They claimed he neglected them, only to resurface during the period of election”.

However, years after his unceremonious exit from the National Assembly, he is still in quest for political relevance. He again suffered another defeat when he contested for the number one job in Ogun State under the Peoples’ Democratic Party (PDP).

His ambition never saw the light of day as, Gboyega Nasir Isiaka, was handed the party’s ticket as the gubernatorial candidate.

Like the proverbial ram that moves back to bring more fire power, typical of an unrepentant optimist, in 2018, he threw his hat into the ring again for the number one job in Ogun state, under the Action Democratic Party (ADP), trying to slug it out with other political gladiators in the state.

During the cause of the elections, political pundits opined, he should have been aware that he is no longer a force to be reckoned with in the political circle of Ogun State; hence, he should have saved his financial war-chest for his personal spending.

We gathered that some close friends advised him to sit and watch from the sideline, but he opted to go into the ring to contest.

Close sources averred that the former speaker who now lives on Aso Drive, Abuja, is getting set to throw a 3-day private but classy wedding Nikkah with his new bride starting from the 14th – 16th of January at the Federal Capital Territory, Abuja.

Dimeji is making the union private to avoid different tongue wagging over his decision to take another wife, despite having a wife and a child from his union. The 3-day wedding Nikkah, will play host to the top political class, lawmakers, Governors and captains of industry.

“He is making it very private to maintain COVID-19 protocols. He is getting married to a Northern State Governors daughter. They have been courting for over 3 years now. You know according to Islamic faith, a man is allowed to marry more than one wife as long as he can cater for their needs.”

ARMY IS NOT CONSTRUCTING RUGA SETTLEMENT IN ANY PART OF SOUTH...

WHY SANWO-OLU SHUTS DOWN ALL SCHOOLS

MY EFFORTS NOT BEING APPRECIATED BY NIGERIAN GOVT, CBN SHOULD PAY...